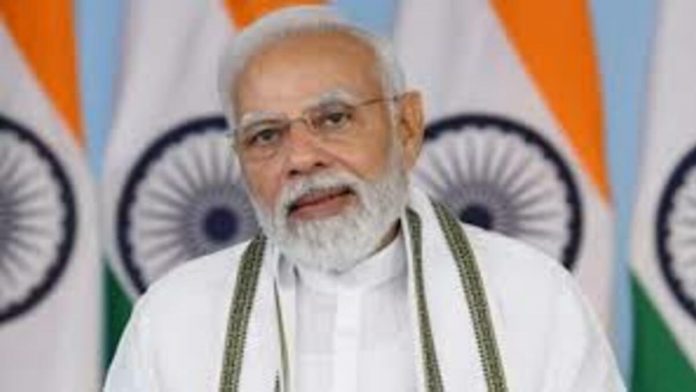 A security panic was caused today when black balloons were sighted close to Prime Minister Narendra Modi’s helicopter as it took off from an airport in Andhra Pradesh.

Five minutes after he left, two balloons were released 4.5 km from the airport, according to the police, who also claimed that there had been no security breach.

At the airport where PM Modi’s helicopter took off, a few Congress leaders were protesting. They were observed yelling anti-Prime Minister chants while brandishing black balloons and placards.

One Congress employee is still missing, while four have been apprehended.

By displaying black balloons, Congress leaders had issued a call to action for the nation to resist PM Modi.

The Prime Minister took a special flight from Hyderabad to Vijaywada before boarding a helicopter to travel to Bhimavaram.

Around 8:30 am, Sunkadara Padmashree, Parvathi, and Kishore were seen walking towards the airport carrying balloons before the PM arrived. The cops said that they were stopped.

Rajeev Ratan is disappeared, and Ravi Prakash has been arrested. The police are searching for him.