PM Modi wrote the letter to Imran Khan to extend greetings to the people of that country on the occasion of Pakistan Day. 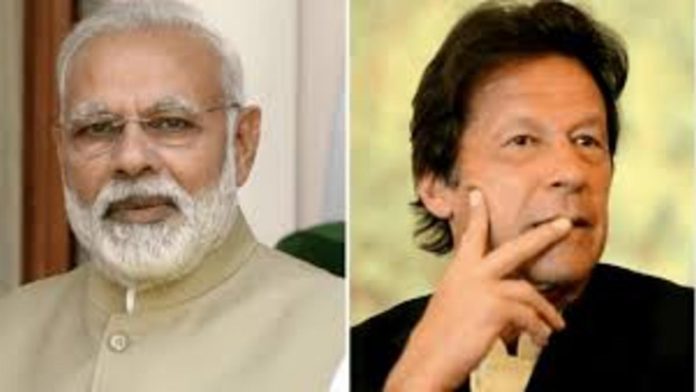 Prime Minister Narendra Modi in a letter to his Pakistani counterpart Imran Khan wrote, India wants a cordial relation with its neighbour Pakistan but for that the country needs to be trustable and also free from terror, he said.

The Prime minister wrote the letter to greet the people of Pakistan on the occasion of Pakistan Day.

“As a neighbouring country, India desires cordial relations with the people of Pakistan. For this, an environment of trust, devoid of terror and hostility, is imperative,” said the PM.

However, the letter was a kind of a routine letter to the country.

He also conveyed his wishes to the Pakistan PM Imran Khan and to the people of his country for battling with the Covid-19 pandemic.

After almost two-and-a-half years on Monday a group of Pakistani officials had arrived in India for a dialogue on the permanent Indus commission.

A week ago, Foreign Secretary Harsh Vardhan Shringla said India wants great neighborly binds with Pakistan and is committed in solving the issues, if any, respectively however added that any meaningful talk can only be held in a favorable environment and its up to Islamabad to create that environment, he said.

The relations were deteriorated between India and Pakistan after the revocation of article 370 that granted special status to Jammu and Kashmir in 2019.

Pakistan celebrates its Pakistan Day on March 23 every year to celebrate the Lahore Resolution happened on March 1940. In the resolution All-India Muslim League demanded for a separate nation for the Muslims of undivided India.

According to the sources, the President Ram Nath Kovind also sent a separate message to his Pakistani counterpart Arif Alvi.