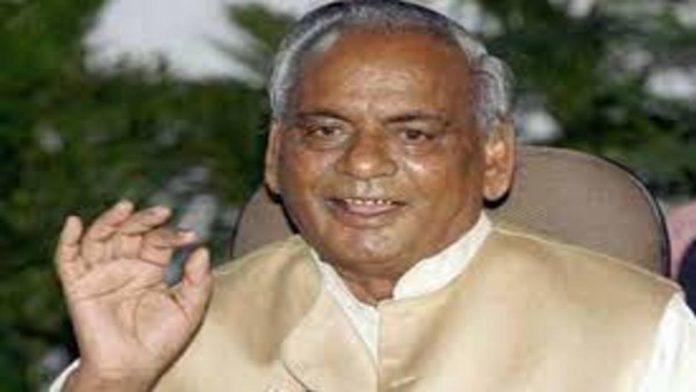 On Friday, Prime Minister Narendra Modi wished Kalyan Singh, the former chief minister of Uttar Pradesh, a swift recovery. Singh is stated to be in serious condition and has been admitted to the Sanjay Gandhi Postgraduate Institute of Medical Sciences in Lucknow.

“Countless people across India are praying for the speedy recovery of Kalyan Singh Ji. Yesterday @JPNadda Ji, CM @myogiadityanath Ji and others went to the hospital to meet him. I just spoke to his grandson and enquired about his health,” PM Modi tweeted. JP Nadda, the national president of the Bharatiya Janata Party, visited him at the hospital late on Thursday.

Nadda arrived at SGPGI late in the evening, straight from the airport, to inquire about the condition of the former UP CM and BJP veteran. According to sources, he also chatted with him. Chief Minister Yogi Adityanath and BJP UP chief Swatantra Dev Singh were also present during the BJP president’s visit.

Kalyan Singh has been sick for the past two weeks and is being treated at PGI Lucknow. Singh was initially accepted into RML Institute in the state capital, but was later transferred to PGI. Prime Minister Narendra Modi and Amit Shah had just called to inquire on the former CM’s health. Yogi Adityanath, the Chief Minister of Uttar Pradesh, has also paid him numerous visits in the hospital.

Nadda tweeted after meeting Kalyan Singh on Thursday evening, “Today, I went to SGPGI Hospital in Lucknow and met former Uttar Pradesh Chief Minister Shri Kalyan Singh ji and inquired about his health. I pray to God for your speedy recovery.”

The hospital said in a statement, “The condition of hon’ble Shri Kalyan Singh ji, who is admitted in ICU of Critical Care Medicine, is better. He is hemodynamically stable. Shri Kalyan Singh ji is showing consistent improvement. His vital parameters are stable. He is communicative. He is being treated by senior faculty of CCM, Cardiology, Neurology, Endocrinology and Nephrology.”

On Friday, Bihar minister Shahnawaz Hussain will be in Lucknow to pay a visit to Singh before meeting with Chief Minister Yogi Adityanath.