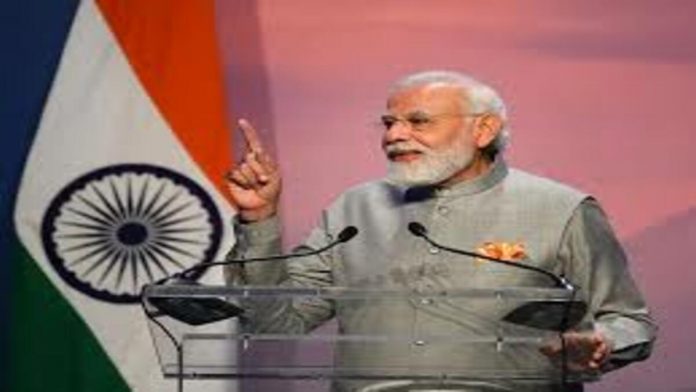 On the fringes of the India-Nordic summit, Prime Minister Narendra Modi met with his colleagues from Norway, Sweden, and Iceland on Wednesday. Prime Minister Jonas Gahr Stre of Norway is in Copenhagen, Denmark, to discuss “potential areas of collaboration.” PM Modi highlighted the possibility for further cooperation in sectors such as the Blue Economy, renewable energy, infrastructure investment, and others, according to a news release from the Ministry of External Affairs.

Prime Minister Narendra Modi tweeted on Tuesday that he had “constructive conversations” with Danish Prime Minister Mette Frederiksen during his visit to Denmark. Frederiksen said she “hoped” that “India will encourage Russia” to stop the conflict in Ukraine in a statement released after their meeting. In the meantime, Modi has called for an immediate cease-fire, as well as diplomacy and negotiation.

PM Modi will stop in Paris on his way back to India for a meeting with French President Emmanuel Macron. “President Macron was just re-elected, and my visit just ten days after the outcome will allow me not only to express my personal congratulations in person, but also to reinforce the deep connection between the two countries,” the PM said in a statement before his trip.

PM Modi met Iceland’s Prime Minister Katrn Jakobsdóttir on the sidelines of the India-Nordic Summit on Wednesday. “They discussed strengthening ties in areas like as commerce, energy, fishing, and more,” according to the PMO.

Prime Minister Narendra Modi and Swedish Prime Minister Magdalena Andersson met for the first time on the sidelines of the India-Nordic summit.

“The two leaders discussed the progress made in our bilateral partnership during today’s meeting. They were also pleased with the progress that the Lead IT effort has made. This was a joint worldwide endeavour between India and Sweden to establish a Leadership Group on Industry Transition (LeadIT) at the UN Climate Action Summit in September 2019 to help guide the world’s heaviest greenhouse gas (GHG) producing industries toward a low-carbon economy. It now has 35 members, representing 16 nations and 19 businesses “According to a press statement from the Ministry of External Affairs.

Prime Minister Modi and his Norwegian colleague met for the first time on Wednesday since PM Jonas Gahr Stre took office in October 2021. “Both Prime Ministers reviewed ongoing bilateral operations and discussed prospective areas of collaboration,” according to a news release from the Ministry of External Affairs (MEA). There were also discussions about regional and global developments. According to the release, as members of the UN Security Council, India and Norway have been cooperating in the UN on global issues of mutual interest.