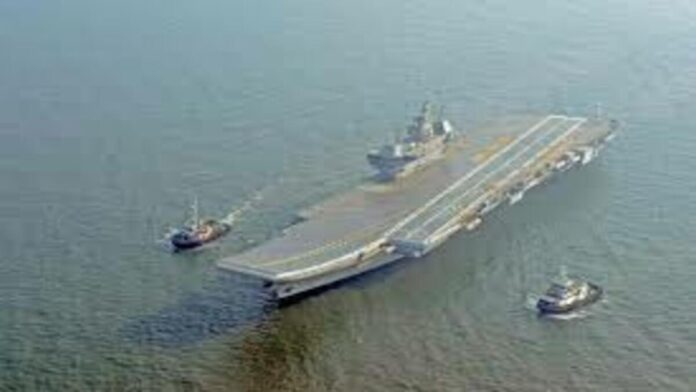 After sea trials for over a year, India’s first indigenous aircraft carrier – INS Vikrany will be commisspned today. The 45,000 tonne aircraft was built for worth ₹ 20,000 crore.

Prime Minister Narendra Modi will commission it at Cochin Shipyard. Along with it, he will also be unveiling a new Naval flag today. This new flag will be befitting the rich Indian marine heritage, said the Indian Navy.

With height of 262 meters ans width of 62 meters, the INS Vikrant is the biggest indigenous warship. It can carry around 30 aircrafts along with helicopters and MiG-29K jets. It has a facility to accommodate around 1,600 crew members.

The warship was under progress for over 10 years. Since August 21, it was under various trails. It will also go under aviation trails once after the navy has its command.

Currently, India owns only one aircraft that is INS Vikramaditya, which has been built over Russian platform.

The name of INS Vikrant is named after its predecessor, which was of crucial role in the war against Pakistan back in 1971, which led to formation of Bangladesh.

After commission of INS Vikrant today, India will join those selected countries – United States, France, Russia, China and United Kingdom to have their own built and designed aircrafts.

This aircraft will be a value addition to India’s defence equipments. Now, India can extend its marine presence by deploying aircrafts at both its eastern and western seaboards.

Till now, India had 20 corvettes, 12 fighters, 10 destroyers and one aircraft carrier in its collection.