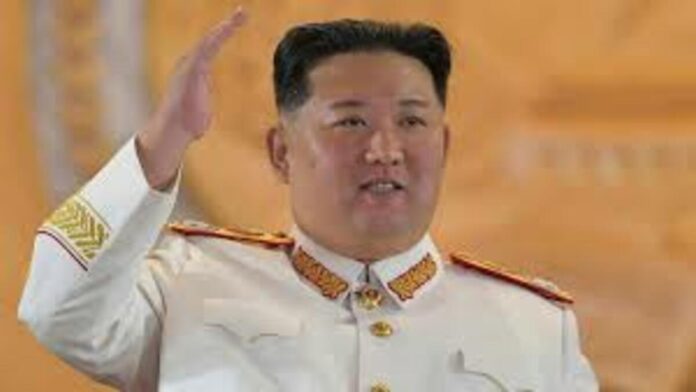 The state news agency in North Korea said on Monday that Kim Jong-un oversaw the nation’s recent tactical nuclear operation training exercises as it released images of Kim watching a missile launch at an undisclosed location in the nation. According to the article, the missile North Korea launched over Japan on October 4 was recently produced and intended to issue tougher threats to its adversaries.

As a result of North Korea under Kim’s leadership conducting many missile tests, including one that flew over Japan’s neighbor, tensions on the Korean peninsula are rising. In response, bombing practice was conducted by the US and its allies. In response to Pyongyang’s recent missile launches that caused worry in the area, the US, South Korea, and Japan this week launched their own missiles and conducted joint military drills.

On Saturday, a day after the US and South Korea wrapped up a naval exercise, North Korea allegedly launched a ballistic missile. The unidentified ballistic missile that flew over Japan on Tuesday was followed up by this.

This is the first launch of a such missile in many years, and people of northern Japan have been advised to seek shelter.

The Joint Chiefs of Staff of South Korea described them as a “severe provocation” that endangers peace and safety on Saturday.

The repeated firing of ballistic missiles by North Korea, according to the joint chiefs of staff, “is a major provocation that threatens the peace and security of the Korean Peninsula as well as the safety of the world community and is also a clear violation of the UNSC resolution.”

According to the joint chiefs, the projectiles fired had a flight distance of roughly 350 kilometers and an altitude of almost 90 kilometers.

US Secretary of State Antony Blinken condemned the missile launch and issued a dire warning that if North Korea continues “along this road” of provocation, it will only draw more criticism and isolation, according to news agency.

North Korea has conducted a record number of missile tests under the Kim Jong-un leadership as it increases the size of its arsenal.