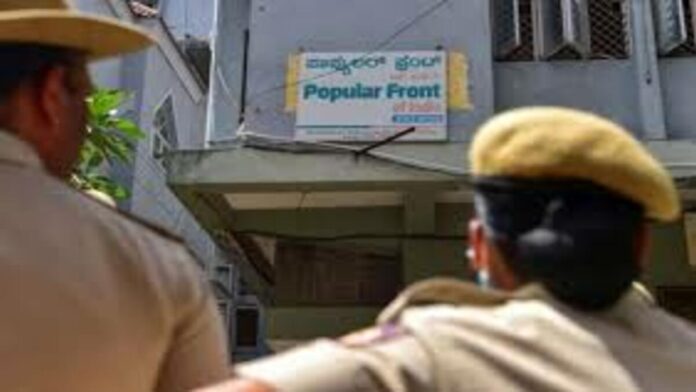 O M A Salam, the chairman of the PFI, Nasaruddin Elamaram, the national secretary, and C P Mohammed Basheer, the president of the PFI unit in Kerala, were among the organization leaders detained by Central authorities on Thursday during a statewide sweep.

The PFI announced a dawn-to-dusk hartal on Friday in Kerala, where its top brass had gathered.

Abdul Sathar, the general secretary of the PFI in the state, attacked the use of the “state apparatus” in a statement, saying that it was being done to “suppress the dissenting voices.”

According to Sathar, the detention of PFI national and state officials cannot be justified.

On the other hand, the BJP urged the CPM-led state government to repress those who were calling for the hartal and ensure that life would resume to normal on Friday.

“The PFI should not think that it can fight terrorism cases with brute force,” BJP state president K Surendran said. For the sake of a certain voter base, the state government is lax on PFI.

PFI workers protested the searches and arrests on Thursday by blocking traffic in Kerala and calling for the NIA and ED to cease their activity.

24 PFI leaders have reportedly been arrested or brought into custody following searches at 35 different locations, according to reports.

Salam, the PFI chairman who had previously worked in the audit division of the state power commission, had his home investigated by ED in 2020.

The PFI has been particularly noticeable in Kerala, where it has frequently been charged with murder, riots, intimidation, and ties to terrorist organizations.

The Kerala government, which was then led by Congressman Oommen Chandy, warned the High Court in 2012 that the PFI was “nothing but the banned organization Students Islamic Movement of India (SIMI) resurrected in another shape.” The government claimed in an affidavit that PFI members were responsible for 27 murders, most of which were CPM and RSS cadres, and that the crimes were committed for communal reasons.

Two years later, the Kerala government informed the High Court in another affidavit that the PFI was pursuing an agenda to “Islamize society by promoting conversion, communalize issues with a view to the benefit of Islam, and recruit and maintain a branded, committed, indoctrinated Muslim youth for engaging in actions, including selective elimination of people who they perceive to be enemies of Islam.”

Thejas, the PFI’s representative in Kerala, filed a petition in 2014 challenging the rejection of government ads since March 2013. The affidavit was in response to that appeal.

According to the affidavit, members of the PFI and its precursor, the National Development Front (NDF), were responsible for 27 killings with a community motive, 86 attempted murders, and 106 crimes of a communal nature in the state.