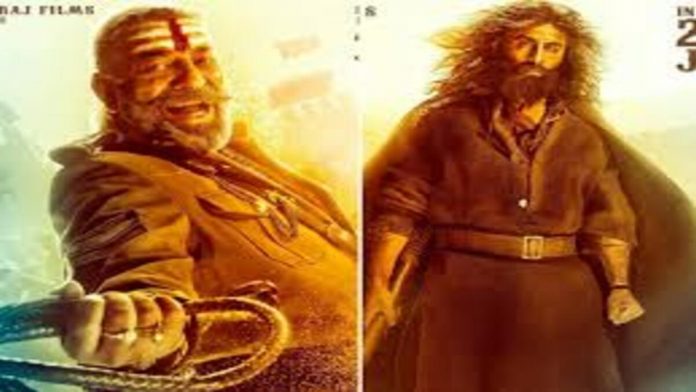 While many people are gushing over the Shamshera trailer, which stars Ranbir Kapoor and Sanjay Dutt, there are some who find it offensive. Numerous boycott requests have been made of the movie on social media after it was initially accused of offending religious sensitivities.

Dutt’s portrayal of the villain, who wears a tilak on his forehead, has drawn criticism for allegedly offending Hindu sensibilities in the movie, which also stars Vaani Kapoor.

Many believe that Bollywood is against “Sanatan culture” and consistently portrays Hindus negatively.

Sanjay Dutt, who portrays the villain in “Shamshera,” is seen with a “tripund tilak.” There was no justification for giving the antagonist a Hindu religious background. Still, they did. Bollywood will always find a way to give every plot an anti-Hindu twist, according to a Twitter user.

Why, oh why, would you apply h!ndu tilak to a bad guy? Bollywood: Will they never learn? Don’t watch the movie Shamshera! Refuse to disrespect him! ndutva!” I wrote one more.

Bollywood intentionally tries to defame Hinduism by portraying “Villains with TILAK and with other Hindu identities. Let’s not allow the karachiwood to succeed in defaming Hinduism with the upcoming film Shamshera, another supporter remarked.

Another comment stated that Urduwood was now using the term “Hindu Brahmin Villains” to malign us. Bollywood is back to make fun of and insult Hindus and our religion. In the upcoming film Shamshera, Sanjay Dutt portrays a villain. He is seen wearing Vibhuti, Tilak, and Shikha, which are revered Hindu symbols.

“The name Shamshera is Muslim. dressed like an invading muslim fakir. Fighting the hindu kaafir while wearing a tilak, a trikund, and a chhoti. What more evidence is there that agenda exists? Such clichés have a history in Bollywood,” added another.

The events of Shamshera take place in the fictional city of Kaza, where a brutal authoritarian commander named Shudh Singh imprisons, enslaves, and tortures a warrior tribe. This is the tale of a guy who was sold into slavery, who later rose to leadership positions and became a legend among his community. In this incredible casting coup, Sanjay plays Ranbir’s arch-enemy. His confrontation with Ranbir will be one to watch out for as they will viciously pursue each other without mercy. The movie, which features Aditya Chopra as producer and director, will debut in Hindi, Tamil, and Telugu on July 22.