Govt to levy penalty for not linking PAN-Aadhaar 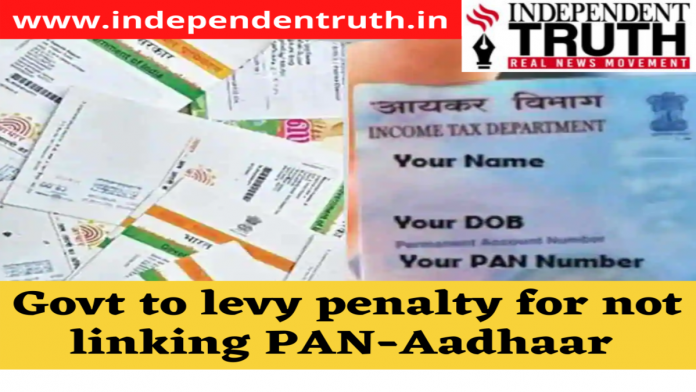 Its a high time for you to link your Permanent Account Number (PAN) with Aadhaar if you are a taxpayer and have not linked it yet.

The Central Board of Direct Taxes (CBDT) had again on March 31 extended the last date for linking the two IDs till June 30.

But this time the Senior officials of tax department has warned that this is the last extension and those who don’t comply with this by June 30 will have to pay a penalty.

This announcement was made by the Finance Minister Nirmala Sitharaman which stated a fine of up to Rs 1,000 against those failing to link the two IDs.

However, the government had made compulsory to link PAN with Aadhaar a few years back to better track the financial transactions but the non-compliance by the taxpayers have prompted the government to levy the defaulters to pay a penalty.

Apart from getting the track of financial transactions the other objective behind the linking of PAN-Aadhaar was to get rid of the duplicate PAN.