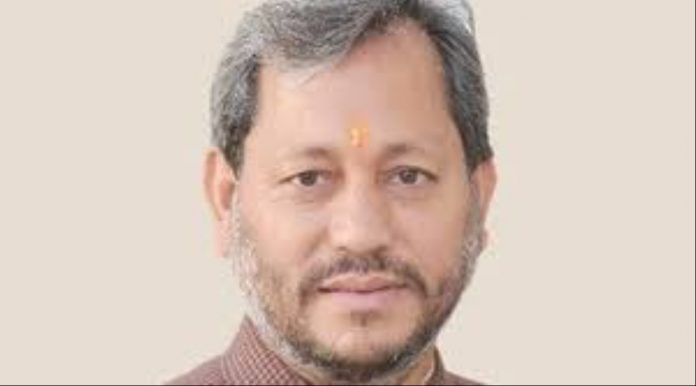 He was the least expected candidate to become the Chief Minister of the state. The state was under political distress that led to the resignation of the former Chief Minister Trivendra Singh Rawat.

The newly office holder Tirath Singh Rawat is very close to the former chief minister BC Khanduri and was also affiliated with RSS and ABVP in past.

BJP considers him as an experienced politician and he knows the party’s organizational set-up, which is why the party has chosen him as the Chief Minister of Uttarakhand just a year ahead of the state’s assembly elections.

In work Tirath Singh Rawat has served as the first education minister of Uttarakhand, BJP national secretary, BJP’s state president and the party’s state general secretary as well as BJP’s national secretary. He was also an MLA from Chaubattakhal in Pauri constituency for a span of 2012 to 2017.

In 2019 Lok Sabha elections, Rawat was given a ticket for Pauri Lok Sabha seat by the BJP, on which he was fighting in opposition to his mentor BC Khanduri’s son Manish Khanduri as he was fighting on Congress ticket. Rawat however, won by 3 lakh votes, with the biggest margin victory.

After swearing as the state Chief Minister Tirath Singh Rawat said, “I am grateful to the Prime Minister and my party for giving me this opportunity. I will make my best efforts to live up to their expectations and continue the positive works done by Trivendra Singh Rawat in the last four years.”

Meanwhile, Prime Minister Narendra Modi congratulated him with a tweet, “He brings with him vast administrative and organisational experience. I am confident under his leadership, Uttarakhand will continue to scale new heights of progress”.

Soon after holding the office, Rawat chaired a meeting to discuss the preparations for the Shahi Snan at Haridwar Maha Kumbh for Maha Shivratri.

During the discussion, expressing his first decision he said, “Flower petals would be showered from a helicopter on devotees coming for the first shahi snan.”

The CM also cautioned the officials to take all necessary precautions for a good conduct of the festival without any inconvenience to the devotees.