Parties in West Bengal gear up for phase 4 elections 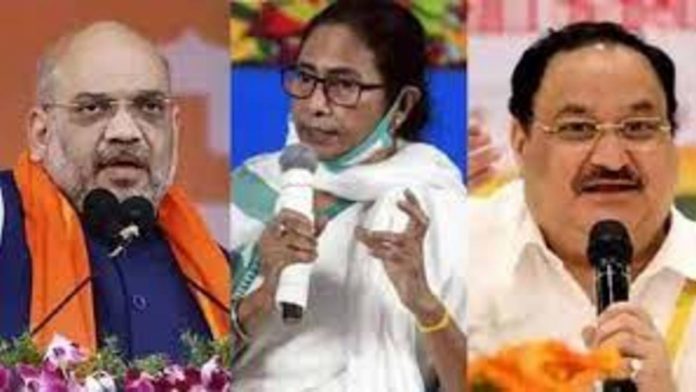 The fourth phase of the West Bengal assembly elections is currently in full swing. Polling will take place in Hooghly, Howrah, South 24 Pargana, Coochbehar, and Alipurduar in this process.

The last day of campaigning for the fourth phase of elections is Thursday, April 8, and all political parties are gearing up for a final push before the election. Today, the people of West Bengal are coming together for a number of rallies and public meetings.

Star campaigners and senior leaders from the BJP, the Trinamool Congress, and the Sanyukt Morcha are working overtime to woo voters in the state.

BJP National President JP Nadda will hold four roadshows in the poll-bound state today, while UP Chief Minister Yogi Adityanath will speak at three public meetings. TMC leaders, on the other hand, will hold major roadshows and public rallies today.

Mamata Banerjee, the Chief Minister of West Bengal and the chief of the TMC, spoke at an election rally in the Coochbehar Uttar assembly constituency. She said that the BJP is luring Bengalis with false promises.

The Election Commission, on the other hand, has given a notice to TMC chief Mamata Banerjee dated April 3 for violating the election code of conduct while speaking at a public rally for Muslim voters.

The Election Commission has given Mamata Banerjee 48 hours to answer or an investigation will be launched.