He left his office soon after the announcement of his removal by the state home minister Anil Deshmukh. 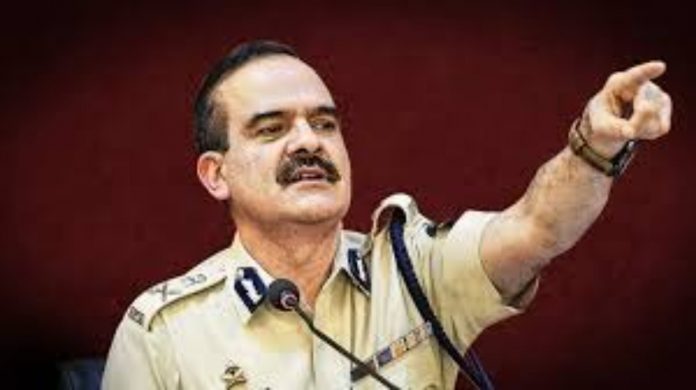 Mumbai Police Chief Param Bir Singh on Wednesday was removed from his position, amid the investigation in Ambani security scare case and daily revelations in on the arrested police official Sachin Waze. He left his office soon after the announcement of his removal by the state home minister Anil Deshmukh. Singh was removed by another police officer Hemant Nagrale.

His removal is the biggest result of the ongoing rapid investigation against the arrested police official Sachin Waze, who is being held for his connection with the explosives-laden SUV found near Antilia, the residence of Industrialist Mukesh Ambani.

Since the arrest of Sachin Waze the investigation has been an embarrassment for the Maharashtra ruling party Shiv Sena, which being accused by the opposing party BJP for allegedly protecting Waze, who is an inactive member of Shiv Sena.

The case was initially handled by the arrested police officer who later came out to be a major suspect, following which the case then transferred to the National Investigation Agency (NIA) from the Mumbai Police.

In the case a SUV having explosives was abandoned near Ambani’s residence Antilia on February 25. The SUV also had threat letter to both Mukesh Amabni and his wife Nita Ambani.

Yesterday, the investigating agency NIA revealed that the number plate of the alleged SUV was found in the car which Waze was using.

The agency also said that the man who was seen in the footage walking secretively near Ambani’s residence was Waze only, on the basis of clothes recovered from the car he was using.

“In the CCTV footage, Sachin Waze could be seen with his head covered with a large handkerchief so that no one could identify him. He was wearing an oversized kurta-pajama, and not PPE coverall, in an attempt to mask his body language and face,” said NIA. Waze had thrown out his mobile and deleted data from his laptop, the agency added.

Who is backing the alleged cop Sachin Waze, what are Waze’s intentions and how could he leave a chain of evidences, are some of the questions yet to be answered.