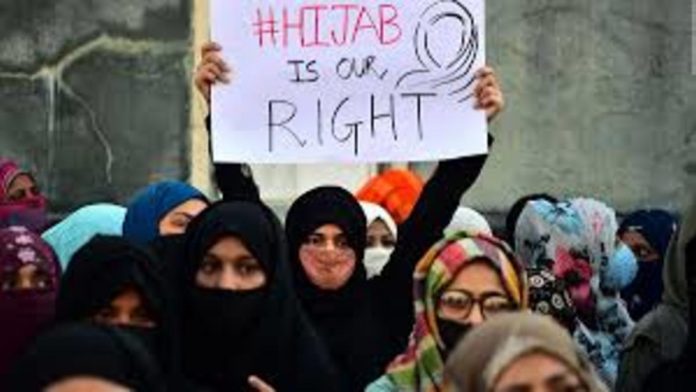 In the midst of the hijab issue in Karnataka, intelligence sources say Pakistan’s Inter-Services Intelligence (ISI) is attempting to inflame the debate in India through the outlawed Khalistani group Sikhs for Justice (SJF).

“ISI is pushing the concept of hijab referendum in India,” according to an Intel letter obtained exclusively by India Today.

The Intelligence Bureau has also advised police forces and law enforcement agencies to keep a close eye on the ISI’s ‘Hijab Refrendum’, which is being promoted by the terror outfit SFJ.

“Some anti-India elements may join the chorus of Sikhs for Justice chairman Gurupatwanr Singh Pannu in organising the hijab referendum and glorifying the concept of Urduistan,” according to the intelligence.

The SFJ has called for Muslims in India to initiate a ‘Hijab Refrendum’ movement to carve out ‘Urduistan’ in areas of Rajasthan, Delhi, UP, Bihar, and West Bengal, according to the intel note released on Friday.

In a video message, the SFJ chairman addressed Indian Muslims and attempted to irritate them, according to the memo.

SFJ Counsel further told Muslims in India that the movement to build Urduistan will be organised and funded by SFJ.

On social media, screenshots and photographs from the online registration site for the hijab vote have gone viral. The remark of Gurpatwant Singh Pannu is also being utilised to sow religious division in the country.