Shashikala will forever be remembered as the sassy vamp of Hindi cinema. 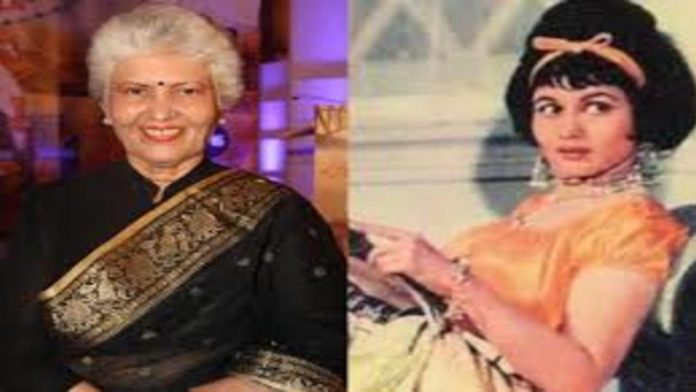 88-years-old veteran actress Shashikala breathed her last on Sunday. The prestigious Padma Shri awardee in 2007 had contributed to the Indian Cinema for a time tenure of more than fifty years.

Shashikala who was brought into the world as Shashikala Jawalkar, began working since her early age to help her family. She has featured in more than 100 movies and mostly as a supporting character.

Shashkala had won two Filmfare titles for her best supporting role in Aarti (1962) and Gumrah (1963).

She is best known for her negative roles with a confident exposure that left lasting impacts on the minds of the audiences. Her role in Sudhana and Shashi Kapoor starree Chhote Sarkar (1974) is one of the best examples of such roles.

Apart from films the actress has also worked in some famous television shows like Jeena Isi Ka Naam Hai and Apnaapan.

She was married to Om Prakash Saigal with whom she had two daughters. Later she got separated from her husband and also lost her elder daughter due to Cancer. So, currently she was living with her younger daughter in Mumbai.