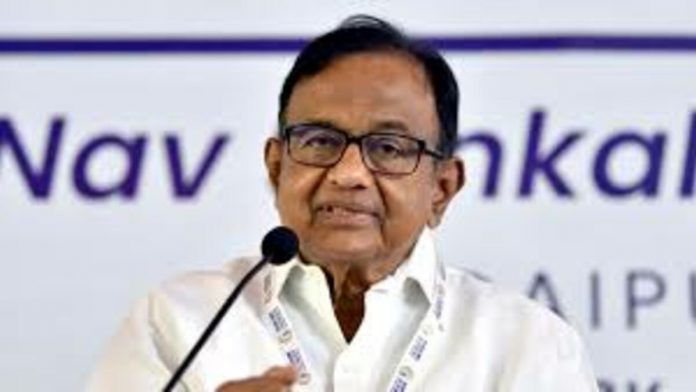 P Chidambaram, a senior Congress leader, said on Tuesday that the CBI search team found nothing and seized nothing at his properties.

“This morning, a CBI team searched my residence in Chennai and my official residence in Delhi,” Chidambaram tweeted, questioning the timing of the inspections. The team showed me a police report in which I am not listed as a suspect. Nothing was discovered or seized by the search crew. I’d like to point out that the search’s timing is intriguing.”

Chidambaram, according to Congress’s communication director Randeep Surjewala, is a patriot whose dedication to the country is indisputable. “For the CBI to level baseless allegations against a former home minister and finance minister indicates the lowest ebb in political discourse,” he remarked.

AICC general secretary Ajay Maken told a press conference that the party supports Chidambaram and that the searches were conducted to harass him. He also questioned the timing, claiming that it was intended to divert people’s attention away from the true issues.

In 2010-11, Chidambaram served as Union Home Minister, he stated. “We are now in the year 2022… They’re still doing it after 12 years. So the issue is one of timing. “Why is it resurfacing after 12 years?” Maken wondered.