P Chidambaram hits out at Center on Economic Survey 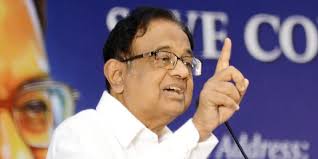 Senior Congress leader and the former Union Finance Minister P Chidambaram hits out at the center’s Economic Survey saying that the purpose of the Survey is not clear and is aiming at congratulating the center that the Modi administration has successfully implemented “far sighted policy response for economic recovery”.

“All this in aid of the self-congratulatory conclusion that government implemented ‘far sighted policy response for economic recovery’,” he took to twitter.

However, the government has not printed the Economic Survey presented in the Parliament on Friday only a digital version has been published.

Chidambaram expressed his praising over the twitter saying that the best decision taken by the government is the decision of not printing the Economic Survey of the new fiscal year.

“Once upon a time, the Survey was the vehicle to communicate to the people in simple language the state of the economy and the prospects in the coming year. Now, the Survey has apparently a different purpose, although the purpose is not clear,” he tweeted.