Owaisi Hits Back At Yogi Adityanath’s Remark On Increasing Population 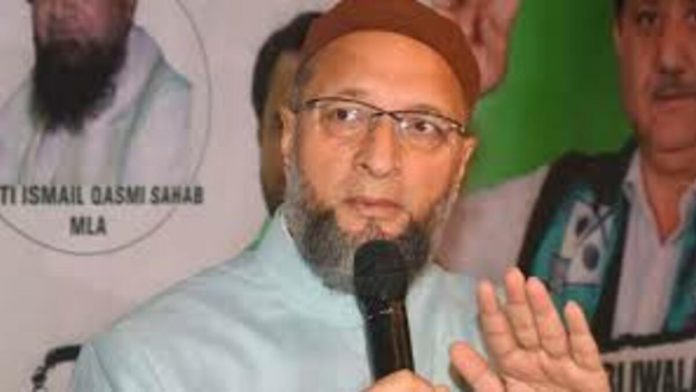 “Do Muslims not originate in India? Native Americans are simply Dravidian and tribal people, if we look at reality. Without any laws, the ideal fertility rate in Uttar Pradesh would be attained by 2026–2030 “On today’s announcement by Adityanath, Mr. Owaisi spoke to ANI.

Owaisi continued, “According to their own health minister, the nation does not require any laws to regulate its population. Most contraceptive use is among Muslims. In contrast to 2016, the overall fertility rate is now 2.3. The demographic dividend of the country is the highest of any nation.”

India is expected to overtake China as the most populous nation in the world in 2023, according to a report released by the UN on Monday. Chief Minister Yogi Adityanath said the population control program must proceed successfully while at the same time, “population imbalance” should not be allowed to occur.

Yogi Adityanath added, “It shouldn’t happen that we stabilize the population of the’moolniwasi’ (natives) via awareness or enforcement when the rate of population growth or the percentage of certain community is high.”

He claimed that over the previous 50 years, many programs have been ongoing to raise awareness of population stabilization. On one level, the population is a success for the society, but this success will only last as long as the society is a healthy, disease-free one, he noted.

The world’s population is anticipated to exceed eight billion people on November 15, 2022, according to a research by the United Nations Department of Economic and Social Affairs, Population Division. According to the United Nations’ most recent estimates, the world’s population may reach 8.5 billion people in 2030, 9.7 billion in 2050, and 10.4 billion in 2100.

Yogi Adityanath, the chief minister of Uttar Pradesh, presented the state’s new population strategy in July 2021 with the intention of encouraging individuals to contribute to population management. World Population Day, which is observed on July 11 every year, fell on the same day as the unveiling.

“Population growth may be a barrier to development. Population Policy 2021-2030 has considered every community “In July 2021, Yogi Adityanath said. He had also stated that poverty and mass awareness are both closely related to population control.

The state’s health minister, Jai Pratap Singh, had declared last year that Uttar Pradesh wants to be stable by 2050. He added that the goal of the new program is to lower population growth to 2.1%.

watch tokyo hot jav free HEYZO-2911 Honoka Orihara [Honoka Orihara] My Mistress Who Is Too Exceptional ~A Busty Slut Who Is Good At Pacifiers~ - Porn Videos HEYZO FC2-PPV-3125506 [No resale] [Limited quantity set available] First 50 people 25000 → 15000 Mai-chan's junior! - ? - Absolutely beautiful 18-year-old Tsubasa-chan's first cosplay! - 2 shots in the middle of an idol-class angel! - [Sakamichi-style black-haired beautiful girl is re-arriving] SIRO-4944 [Exquisite Tight Pussy] A 21-Year-Old Waitress Older Sister Who Has A Perfect Body Inside And Out With A Tight Man Who Feels Tight Even If You Just Insert One Finger Applied For AV On The Internet → AV Experience Shooting 1915 AUKS-143 Nasty Lesbian Sex With A Difference Of Age ~ A Guy Who Becomes A Lesbian Girl Desire Married Woman ~ Azusa Misaki Sae Fujiki MIDV-234 Even in the state of "Don't move because you're already orgasm!" - ! - new