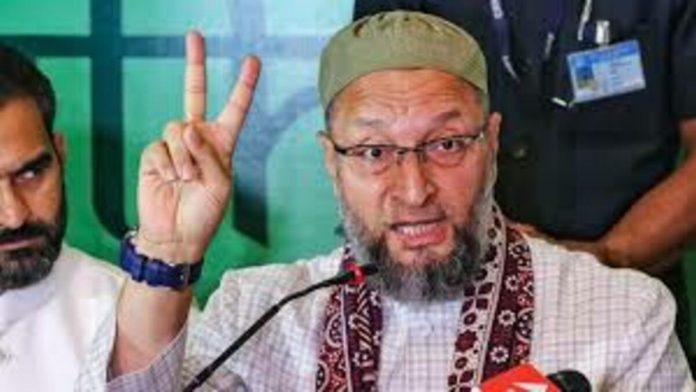 Asaduddin Owaisi, the leader of AIMIM, criticized National Security Advisor Ajit Doval on Sunday, stating that he should alert everyone in the nation who is promoting religious prejudice.

“We anticipated that the NSA would identify these “certain elements” responsible for promoting hatred. Why is he being so cautious? He ought to say, “In Jaipur today, Mr. Owaisi spoke to media.

On Saturday, Mr. Doval urged religious leaders of all kinds to combat radical elements aiming to sow division in the name of religion and ideology, which would have a negative impact on the nation and have repercussions abroad.

At the conference, which was conducted against the backdrop of several incidences of religious strife in the nation, Mr. Doval stated that “some people try to foment hostility in the name of religion that adversely affects the entire country and also has consequences worldwide.”

The All India Sufi Sajjadanashin Council sponsored the interfaith conference where the NSA made the statement. The conference’s resolution called for the outlawing of groups like the Popular Front of India (PFI) for having a “divisive agenda” and engaging in “anti-national actions.”

However, when asked if the PFI should be outlawed in the nation, Mr. Owaisi remained silent.

Security officials have been keeping an eye on the PFI, a radical Islamic group, because of its alleged involvement in a number of rioting episodes around the nation.

Mr. Owaisi said, “In India, we are the only hardliners and all others are pure,” when asked if he was the country’s hardliner. Mr. Owaisi traveled to Jaipur to attend a function.

When discussing the political turmoil in Sri Lanka, he claimed that the country’s citizens were kept in the dark about unemployment and price increases by the Sri Lankan administration.

“Data must be made public. We anticipate that such a circumstance won’t occur in India, “added he.

In addition, he claimed that the executive is working to diminish the Parliament’s legislature, which has resulted in fewer discussions.

14 measures were introduced during the Monsoon session of Parliament and quickly passed. In light of the fact that parliament meets for 60–65 days a year, he asked, how will the public issues be addressed in such a scenario.