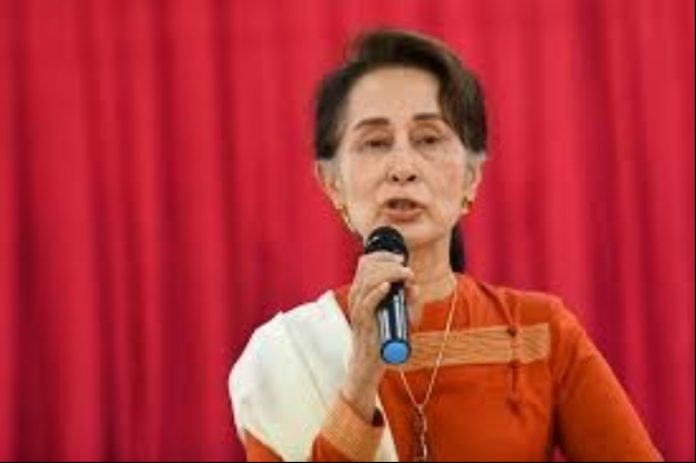 Myanmar’s military has levelled Aung San Suu Kyi with more heavy charges as a state dominated news channel reported that an eminent businessman had confessed to have given about $550,000 illegally to the thrown out leader between the period of 2019-2020 when she was serving as the state counsellor.

Last week the military junta which snatched power in coup on February 1 announced that it was probing Suu Kyi, who is under detention over the speculation of taking bribery.

Besides this, she has been also charged for importing communications equipment illegally and breaching the anti-coronavirus protocols.

At the same time, the protests against the coup went through the Wednesday by hundreds of people from different villages demanding the military junta to end the coup. The protests which begun from the cities have spread to rural areas now.

The protestors from Ti-zit and Nyin-maw protested on motorbikes and marched on the roads holding anti-military placards. Since the beginning of the coup in February over 180 protestors have been killed in the country.

Following the protests after snatching the power the military has imposed a state emergency in Myanmar for one year and had also imposed martial law in Yangon townships of Hlaing Tharyar, which led migrant workers fleeing the area.

In between the protests, Debbie Stothard, the deputy secretary of the International Federation for Human Rights (FIDH) said, “Hlaing Tharyar has become an urban war zone.”

Even though, the protests are being carried out in the regions of Hpakant and central Sagaing including in the country’s second-largest city Mandalay where protestors were seen carrying the red flags of Suu Kyi’s National League for Democracy (NLD) party.