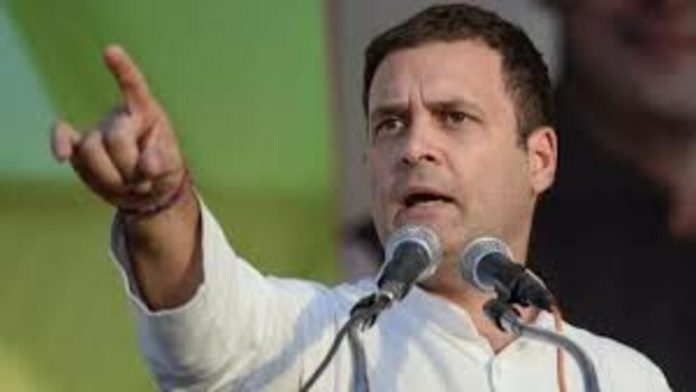 The Congress on Saturday threatened to file lawsuits against BJP officials if the saffron party does not issue an apology for Rahul Gandhi’s remarks in Kerala, accusing them of distributing “deliberately falsified and inaccurate reports,” including former Union minister Rajyavardhan Rathore. Rahul Gandhi also attacked the BJP and the RSS, claiming that its foundation is “propaganda and lies.”

Following Twitter’s designation of Rathore’s post about a video of Rahul Gandhi’s statements in Kerala as “material presented out of context,” the opposition party slammed Rathore and dubbed him “shameless.” Jairam Ramesh, the general secretary in charge of communications for the Congress, wrote to BJP leader J P Nadda to express his outrage at learning that a number of BJP leaders had been purposefully and enthusiastically disseminating “mischievous” reportage that had appeared on a news channel on Friday.

According to Ramesh, “the original video was Shri. Rahul Gandhi’s reaction on the SFI violence on his Wayanad office but it was purposefully and cunningly doctored to appear as though it was a comment on the horrible murder of Kanhaiya Lal in Udaipur.” The reportage’s falsity and intentional misleadingness were brought to everyone’s attention right away, he claimed.

Ramesh wrote in his letter, “What is even more concerning is that several of your party colleagues, including Rajyavardhan Rathore, MP, Subrat Pathak, Kamlesh Saini, MLA, and others, have enthusiastically and without verification published and shared the deliberately fabricated and distorted reportage. He claimed that despite their warnings that the video was purposefully inaccurate and deceptive, Rathore continued in amplifying it, first deleting it and then re-uploading it.

This proves beyond a shadow of a doubt that Rathore acted with intent to harm the former Congress president, the party, and further polarize an already delicate, sectarian issue, according to Ramesh. Because the harm had already been done, he concluded, “the fact that some of your colleagues may have erased the false material later after uploading and spreading is no excuse whatsoever.”

“The original broadcaster is already the target of the proper legal action that we have already started. We anticipate that you and your party mates will stop disseminating such untruths, “Ramesh stated in his letter to Nadda. “Additionally, I anticipate that you will right away extend a suitable apologies on behalf of your coworkers who acted with such blatant contempt for the truth.

We will take necessary legal action against your party and its leaders who insist and persist in utilizing social media in such a patently reckless and criminal manner, Ramesh warned, if this apology is not given immediately. The BJP made no instantaneous comment.

Rahul Gandhi tweeted in Hindi, “Whole India knows the history of BJP-RSS, which warms its hands by pushing the country into the fire of hatred,” in what appeared to be a reference to the topic.

The Congress will continue to fight harder to bring India together despite the traitors’ best efforts to divide the nation “said he.

The head of the communication department, Pawan Khera, advised the BJP leaders who released the “false video” of Rahul Gandhi to get ready to travel the nation as they would need to see numerous courts. Khera posted an image of Twitter tagging Rathore’s article as “Doctored Shameless Rathore has this honor of being classified by @twitter as a man who posts phony stuff.”

Supriya Srinate, the in-charge of the Congress’ social media, also attacked the BJP for disseminating the video to deceive people and referred to Rathore as a “false news peddler.”