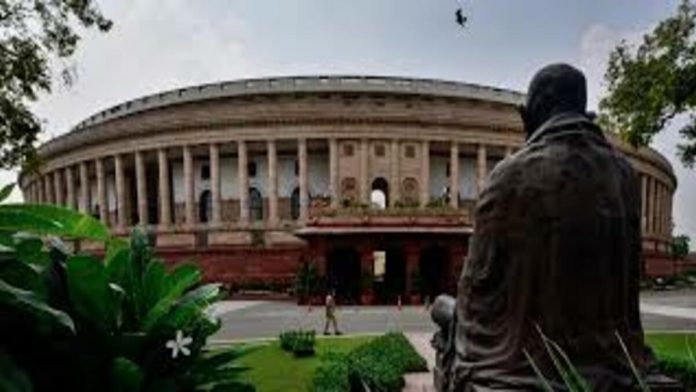 A booklet containing a list of words banned in the premises of Lok Sabha and Rajya Sabha Houses were released by the Lok Sabha secretariat on Thursday. This will make the members of Parliament to be no more ashamed, feel betrayed or call out rampant ”corruption’ on record in the premises.

Before the centre could issue clarification regarding the same, the Opposition was too fast to criticize the decision calling it a ‘gag order’. In its clarification, centre said that it was not a new list of words but an existing one with few additions of words that are considered as ‘unparliamentary’.

Soon after the booklet was released, Congress and the Trinamool Congress were the first to show their disapproval on Twitter saying that all the terms which Opposition used for the ruling BJP administration are now considered as “unparliamentary”.

“All words used by the Opposition to describe the reality of Modi Sarkar are now considered ‘unparliamentary’. What next Vishguru,” Congress’ Rajya Sabha MP Jairam Naresh tweeted.

“Interestingly, the words that have received the new tag of UNPARLIAMENTARY are all adjectives used for the incumbent. Is this a preemptive step to prevent shame? Forced praises are clearly not coming BJP’s way. When they begin to lose the plot, they cry foul!” TMC said in its tweet.

Calling the decision a ‘gag order’, TMC leader Derek O’Brien said, “Session begins in a few days. GAG ORDER ISSUED ON MPs. Now, we will not be allowed to use these basic words while delivering a speech in #Parliament: Ashamed. Abused. Betrayed.

Corrupt. Hypocrisy. Incompetent. I will use all these words. Suspend me. Fighting for democracy.”

One among all the responses was a poster featuring actor-politician Kamal Haasan that read “Mr Hitler, this is not Germany!”.

A statement was also made by his party Makkal Needhi Maiam that said, “This is a typical act of choking democracy and freedom of expression. Pointing out any discrepancy is a privilege of democracy and if that is not permitted, it is a direct mockery of our Constitution,” it read.

In Bihar, the leader of main Opposition Rashtriya Janta Dal’s Lalu Yadav said, “Will get riots done outside, will rot journalists and social workers in jails, will destroy the future of youth, but will become ‘saints’ as soon as entering Parliament, will be hurt even by simple criticism!”