A huge controversy erupted in Assam after a crowd spotted an EVM machine in a BJP candidate’s vehicle on Thursday. 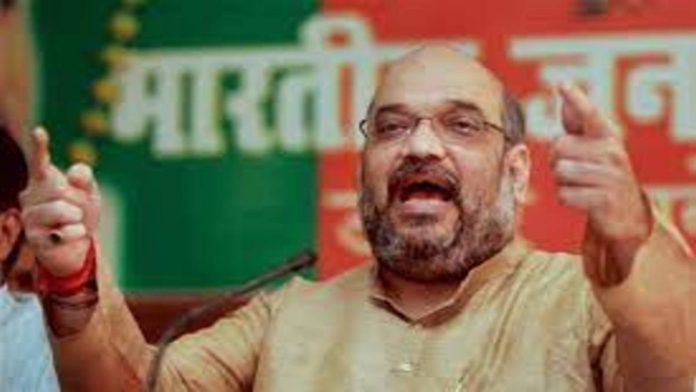 After a huge political controversy over the Electronic Voting Machine (EVM) found in a car owned by a wife of a BJP leader in Assam, the Union Home Minister Amit Shah on Friday has called for a probe by the Election Commission.

Taking the note of the controversy the polling body has also suspended the presiding officer of the polling booth with three others where the EVM was ballotted.

A huge violence had erupted in Assam’s Karimganj district after a crowed spotted a BJP owned vehicle transporting the ballotted EVM to the strong room. The violence was that huge that the police had to fire in air to control the crowd.

The incident led the oppositions of Congress and AIUDF (All India United Democratic Front) alleging that the EVM was being “stolen” that prompted the EC to order for a repoll and also to suspend the polling officials.

“They took a lift on a private vehicle. Incidentally, the vehicle was registered under the name of the wife of the sitting BJP MLA from Patharkandi Krishnendu Paul. When it reached the Nimal Bazaar area, some public spotted it,” said an official from the district administration.

The crowd who was protesting were majorly either the Congress supporters or the AIUDF supporters. They claimed that the EVM which was transported in the BJP owned vehicle was intended at tampering.

However, the BJP candidate Paul refuted the allegations of the EVM tampering by saying that his brother who was driving at the time of the incident just gave lift to the poll officials as their vehicle had broken down.

Meanwhile, the EC informed that the presiding officer and the three other polling officials have been suspend for breaching the transport protocol.

Earlier yesterday the Congress General Secretary Priyanka Gandhi Vadra also had said that the EC should act decisively on such actions.

In a series of tweets, she also asserted that such incidents of transporting by BJP are very common whenever there are elections.

While another Congress ally Badruddin Ajmal said that the incident that shows an attempt of EVM tampering as the BJP is at the verge of losing elections.

Assam Congress chief Ripun Bora requested for an immediate action in the matter. The party will think of boycotting the election if “this open loot and rigging of EVMs” does not stop immediately, he added.

“Why can’t the BJP gracefully accept they are losing #AssamAssemblyElections2021? Stealing EVMs and rigging the result won’t do you any good. Assam will never forgive you even if @ECISVEEP does,” said Pradyut Bordoloi, the Lok Sabha MP and Assam Congress Campaign Committee chairman.