Omicron Cases In World May Be 3 Billion In Two Months, India’s Peak By End Of Jan, Says Dr Christopher Murray 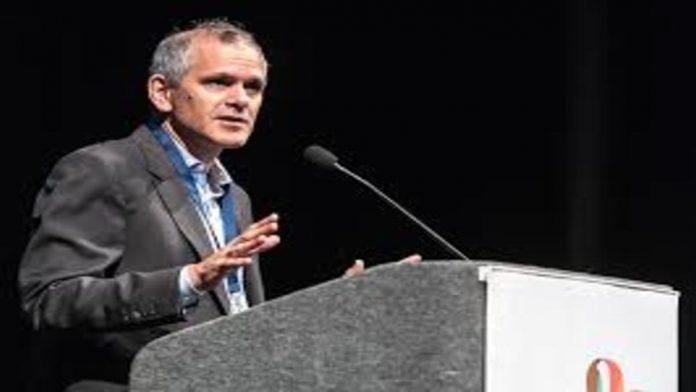 Director of Institute for Health Metrics and Evaluation and Chief of Health Metrics Sciences of Washington, Dr Christopher Murray has said, Omicron cases may drive a surge like in Delta variant wave.

However, the Indian government has stuck itself saying that it has handled the Covid pandemic better than other countries, but now the concerns are again rising as the Covid cases again crossed 50,000 on Tuesday.

Though the vaccination will help in keeping the symptoms mild but the omicron will spread more and more and no restrictions can stop that, he said.

In an interview he even said, the world as a whole will register around three billion cases of omicron variant within two months.

He said, while the predicted peak can be by mid-January, the daily number of global cases may get up to 35 million cases in a day, which is three times of the cases seen during the second wave.

“In India, the number of infections could peak late in January or early February,” said Dr Christopher.

“Reported cases will increase at a rate that is less than infections because we expect the much higher fraction of asymptomatic patients will lower the infection-detection rate,” he also said.

Meanwhile, he even said that the hospitalizations and fatalities will be too less than the reported the cases.

For US, the hospitalisations and deaths will remain lower than the Delta peak in September, 2021 and even lower than during the winter peak of 2020-2021, he said.