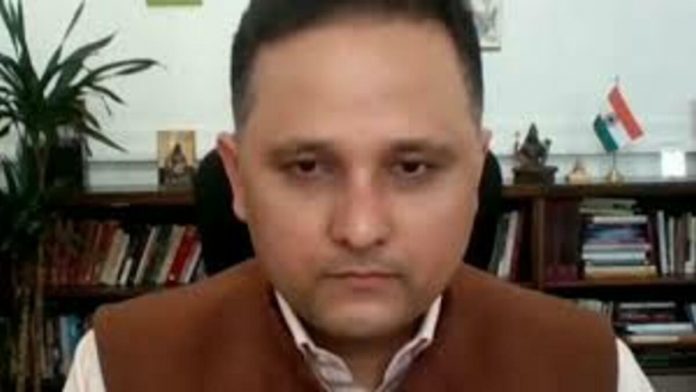 Author and director of Nehru Centre in UK, Amish Tripathi said the issue pertaining to Gyanvapi mosque is not any Hindu-Muslim Issue but a foreigner-Indian issue. He said this a day after the Hindu side asserted that they have found a shivling inside a well in the premises of the mosque.

“Aurangzab was a tyrant. That Aurangzeb demolished a temple to build the mosque, is beyond debate,” he said further saying that Indians just have to choose their role models.

“My family’s roots are from Kashi. The fact that there was a temple there that Aurangzeb destroyed to build a mosque on it is beyond debate. Two groups – European Christians and Turkic Muslims – carried out conquests and violence all around the world Among the techniques they used to have, (one) was actually to leave parts of the temples of the idol worshippers and build a church or a mosque on top of it as a sign of humiliation. You can see that if you run a Google search for the images of the Gyanvapi mosque,” Tripathi told media.

While referring to the claims about the shivling inside the well, he said, “among us Kashi families, it was always whispered that shivling was inside the mosque but no one had any proof. The only question was where the Shivling was. Nandi jee continues to look towards where the original temple was. It is deeply, deeply emotional for any Shiv-bhakt. But at times one tries to force the mind to control the heart and one should wait for a proper investigation. We should wait rather than respond to videos.”

In last he questioned whether the history needs a correction? “The fact that people aren’t clear about this shows the lack of truth in our history writing. We need to seek the truth about what happened in our history, speak of it calmly and realize it has nothing to do with the people living today. Truth is the best disinfectant,” he said in a conclusion.

Meanwhile, the apex court said that it will not interfere in the matter and directed the local courts to make sure that namaaz is peacefully continuing and also to protect the shivling inside the mosque.