Noida School and Parents in a Tussle Over Annual Charges Payment 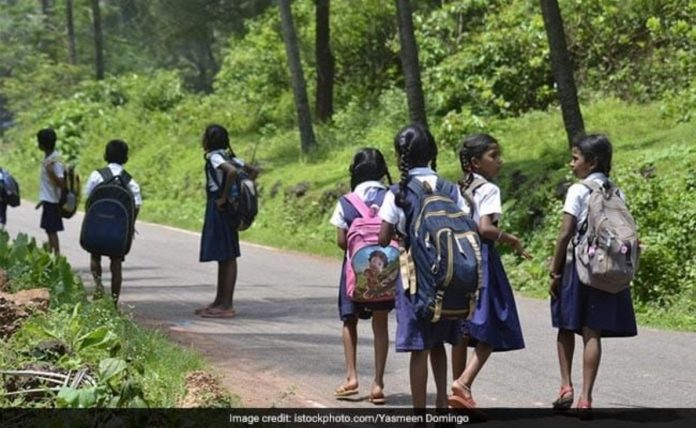 The parents of wards of DPS Noida had earlier taken to twitter to protest against the institutions latest demand for annual fees for last year’s session. Initially the fees was waived off but in a recent letter sent by the Principle of the school, half of the annual charges have been demanded in installments and it has been brought to notice that the school administration has refused to handover the results unless the annual charges are paid and all the dues are settled.

As per the letter send by the school to parents, the school sites lack of funds for the proper upkeep of the school to charge half the annual charges in three installments. A more deeper study of the claims in this connection is required.

As per the website of the school, the school has about 5000 students and 450 teachers. If these figures are true; a quick calculation would bring out the claims of the school administration. If there are 5000 students and we take a conservative average fee of 10,000 per ward per month (Tution fee only) then the monthly  income of the school will be approximately 5,00,00,000/- (Five crores only). From this deduct the salary of teachers taken at an average of 40,000 per teacher for 450 teachers – which is still high considering the average payout. The teacher’s salary would amount to 1.8 crores approximately and even then there is a surplus of around 3.2 crores a month with the school. Since these are not the only expense that the school accrues, the final resulting figures would be less but would still show a huge surplus with the school.

The number of students and teachers has been taken from the website of DPS Noida and even if these are exaggerated figures the school still has a huge surplus which has been collected from the students. It should also be brought to attention that the DPS society as per the proclamation and the statutes on which it is administered declares itself to be a non profit, non proprietary private education institution.

In keeping with the institutions demand for annual charges from last year, it has been suggested that DPS Noida should come out with its audited account books and show how they are underfunded inspite of such high fee collections. Some parents have also said that an examination of audited accounts should be conducted and then if there is shortfall in expenses then the parents body and the school administration can sit down and work out a solution.

The school however has taken a high handed approach and informed some parents that the results will not be shared unless, part annual fees of last year has been paid. The parents are aghast at this demand as most of them are still under financial stress as they had either not received salaries lost their jobs or suffered losses in their business.

It should also be noted that these demands are also against Delhi high court order which clearly says that in no case, schools would deny access to online education to students if they cannot pay fees, including the tuition fee, due to financial crises. A similar case was also reported , when despite the orders, parents of several students of Delhi Public School (DPS), Mathura Road, alleged the school had removed the names of some students from online classes over non payment of fees.

In view of all these facts, some parents have suggested a through audit of DPS Noida’s – funds and collections. The education minister, education secretary and the chief minister yogi adityanath ji should take adequate action against the schools who are forcing and harassing students and parents over unjust charges. However, for the parents, it just seems the start of a long and arduous journey against the powerful education lobby.