Noida Imposes Section 144 Amid The Surge Of Coronavirus Cases 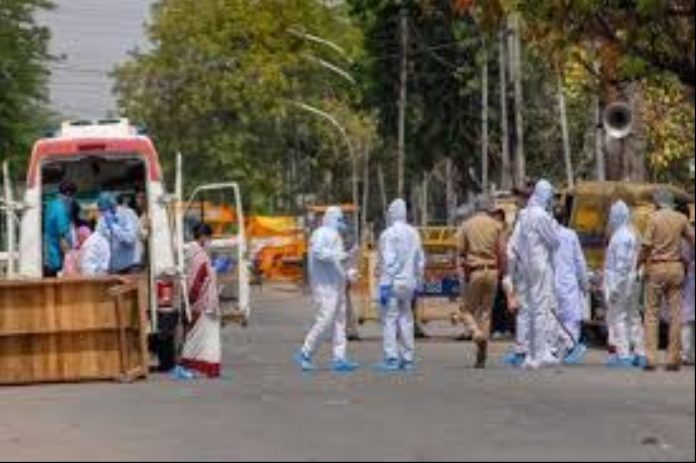 After Ghaziabad, Gautam Buddh Nagar Police has also imposed section 144 of the Code of Criminal Procedure (CrPC) till April 30 as a precaution against the sudden rise of Coronavirus cases.

This decision comes by keeping in the mind the upcoming festivals that include Holi, Ambedkar Jayanti, Good Friday, Ram Navmi and Navratri. The new measures restricts unapproved protests and strict actions will be taken against those violating the Covid-19 guidelines.

“During these occasions, the chances of anti-social elements attempting to disrupt law and order cannot be ruled out. People will have to follow the COVID-19 protocols at public places,” the order read.

The order also stated that no person will be allowed to roam around with sticks, firearms, rods or any such item except those having weak eye-sight or are differently abled.

“Nobody will be allowed to hold protests, processions or hunger strikes without permission from the competent authority, nor will they encourage anyone else to do so,” read the order.

“No firearms will be allowed inside any government or private office during the period. People who have been provided with armed security personnel by the government will ensure that their gunners stay out of offices,” the order added.

The order also repeated a full ban on any sort of celebratory firing and alcohol consumption at any public place.

These measures have already been taken by Ghaziabad. The section 144 is imposed to prevent gatherings as section 144 of CrPC band assembly of five or more people. The order will be effective till May 10 midnight.

In its order Ghaziabad administration had said that people in theaters, shopping complexes, schools, colleges, hotels, multiplexes, amusement parks and gymnasiums will not be allowed without masks. At any sweet shop eating inside the shop will not be allowed.