No Village Of Maharashtra Will Merge With Karnataka, Announces Eknath Shinde 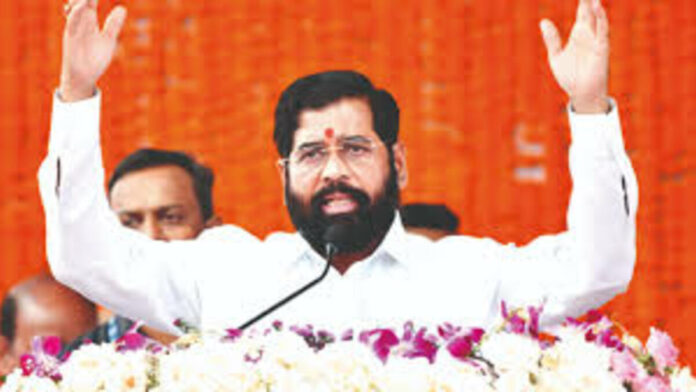 The Balasahebanchi Shiv Sena-BJP government, according to Chief Minister Eknath Shinde and Deputy Chief Minister Devendra Fadnavis, will not permit the transfer of even a small amount of state land to Karnataka. After Karnataka Chief Minister Basavaraj Bommai said in Bengaluru on Tuesday that his government was seriously considering claiming 40 villages in the Jat taluka of the Sangli district in Maharashtra, the boundary conflict between the two neighbouring states was sparked once more.

“There is no question of leaving with even a single village,” Fadnavis retorted vehemently. We won’t permit any villages from Maharashtra to enter Karnataka. Additionally, the Jat gramme panchayats made the decision to relocate to Karnataka in 2012 owing to a water shortage. But no new resolution has been made.

The drought-prone Jat taluka is being handled through water projects, he continued. We will vehemently contest our case because the Supreme Court is now considering the matter. The issue must be settled within the bounds of the law, according to Fadnavis.

“We will make sure that not a single inch of the Jat taluka goes to Karnataka, even if it means spilling blood. The integrity and unity of Maharashtra are unwaveringly protected by the state government, according to Shinde. He emphasised that Karnataka was making reference to a previous resolution.

Shinde called a meeting on Monday to resolve the dispute over the Maharashtra-Karnataka border. He designated a ministerial committee to look into it after the meeting. In Marathi-speaking Belgavi and other regions of Karnataka, he also declared pensions for “liberation fighters” at the same time. He also made these “freedom fighters” a part of the Mahatma Jyotiba Phule Jan Arogya programme.

In response, Basavraj also disclosed funds for Kannada schools in Maharashtra on Tuesday. He claimed that the Karnataka government was considering making 40 villages in the Jat taluka of Maharashtra its own.

“The Maharashtra and Karnataka border dispute is due to former Prime Minister Pandit Jawaharlal Nehru who failed to resolve the lacuna in State Reorganization Commission Act,” said senior BJP leader and Minister of Forest and Culture for Maharashtra Sudhir Mungantiwar. Both states would not have been involved in the argument if the then-Congress leadership had handled the conflict. The Supreme Court is hearing the case. Legal action will be required to address it.

“Jat is represented by an MLA in the Maharashtra assembly,” claimed Ajit Pawar, leader of the opposition in Maharashtra. Despite the fact that it is an essential component of Maharashtra, the statement made by the chief minister of Karnataka is regrettable and needs to be condemned, according to Pawar.

In November 1956, Belgaum, Dharwad, Bijapur, and Karwar from the former Bombay state were combined with the former Mysore state following the division of states based on language. Maharashtra claimed 865 villages based on factors such as linguistic and cultural homogeneity, geographic proximity, relative majority, and the use of the village as a unit for defining boundaries.