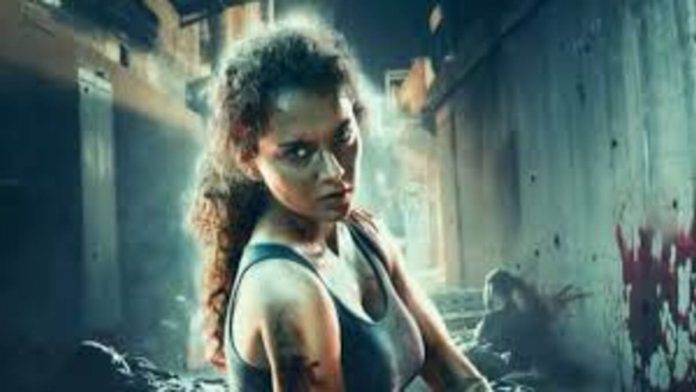 Several screenings of Dhaakad, Kangana Ranaut’s latest film were canceled on Sunday after the news agency published the story. As a result, Sunday’s and Monday’s schedules were significantly pared down. The film’s Friday take was just Rs. 50 lakhs, and it didn’t improve at all over the weekend. The film’s lifetime earnings are likely to fall below Rs. 3 crores.

The sale of satellite and internet rights would not even generate much revenue for Dhaakad, it has now been revealed. According to a person familiar with the matter, “Prior to the release, these rights are typically sold. It is common for film makers to profit from the sale of their picture to major streaming companies and television networks. They didn’t sell the rights to Dhaakad before to its release, hoping for a better offer. When the film first opened, it didn’t include any mention of OTT services or satellite providers, as is typical nowadays.”

As the source said further, “As a result of Dhaakad’s abysmal box office performance, the producers can’t reasonably expect to receive anything in the way of OTT or satellite distribution fees. That is not all. Rumors about the film’s quality have already begun to circulate. Because it’s rated R, it must be re-certified for TV premiere, which adds an additional step to the process.”

Films distributed by Zee Studios were shown at the cinemas. Rumors circulated that Zee5 and Zee Cinema would acquire the rights. According to the insider, though, “The film’s OTT partner is not Zee5. Amazon Prime Video is a potential buyer for the film’s rights. There will be a better picture in a few days.”

It’s possible that Zee will join the show’s TV and internet premieres, according to an industry insider. “We’ll have to wait and see what happens.”

Even yet, the Dhaakad filmmakers will have to accept a lower price for the film’s rights going forward. As a final statement, the source stated: “About Rs 80-90 crores went into making Dhaakad. Producers would suffer unfathomable losses.”