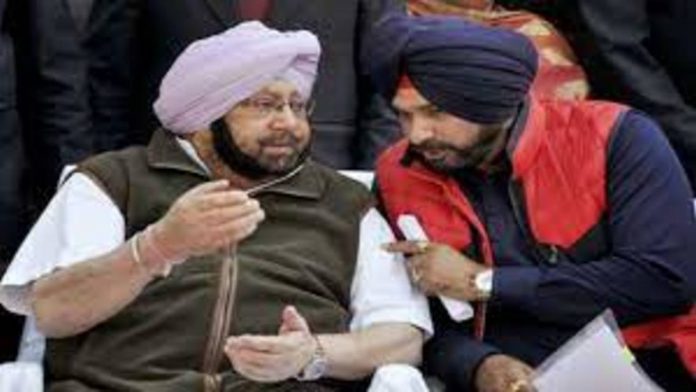 A member of Punjab Chief Minister Amarinder Singh’s team tweeted Tuesday night that he will not meet Navjot Singh Sidhu, his bitter rival and the newly-appointed chief of the Congress’ state unit, until he apologizes for his social media attacks, indicating that the two leaders’ feud is far from over.

Mr Singh’s media strategy shot down claims that Mr Sidhu had requested a meeting with the Chief Minister following his elevation as the Congress’ Punjab unit’s head, saying such a meeting could not take place until the ex-cricketer apologised for “personally derogatory social media comments.”

“Reports of @sherryontop seeking time to meet @capt_amarinder are totally false. No time has been sought whatsoever. No change in stance… CM won’t meet #NavjotSinghSidhu till he publicly apologises for his personally derogatory social media attacks against him.” Raveen Thukral wrote.

The party’s high command will be disappointed by the tweet, which must have thought that weeks of infighting and threats to a re-election effort would be resolved on Monday – following Mr Sidhu’s promotion and the selection of Working Presidents according to Mr Singh’s requirements.

The warning flags had been there all along, the most prominent of which has been Mr Sidhu’s lack of an apology so far – a critical condition of Amarinder Singh burying the hatchet.

On Monday, sources said Mr Singh and his team saw the compromise formula and Mr Sidhu’s elevation as a snub, especially because no apology was offered and the Chief Minister’s major demands were not met.

The vetting of new Working Presidents for Punjab Congress was one of these prerequisites. Four were declared, in response to Mr Singh’s request that the focus remain on Hindus and Dalits. Despite the fact that he was required to sign off on all of them, he failed to do so.

Despite a group of Punjab MPs from Mr Singh’s camp voicing doubts about his promotion, the Gandhis signed off on the compromise formula on Sunday.

The Gandhis approved the decision on the same day that MPs who support the Chief Minister requested a meeting with Sonia Gandhi, the party’s leader, to convey their concerns about Mr Sidhu’s nomination.

A three-member committee established by Sonia Gandhi met Mr Singh, Mr Sidhu, and MPs and MLAs from both camps and came up with the suggested peace formula after extensive meetings.

Since the 2017 election, Amarinder Singh and Navjot Sidhu have been at odds; Mr Sidhu had intended to become Deputy Chief Minister, but Mr Singh reportedly thwarted his plans.

Mr Sidhu, the Congress’s star campaigner in the 2017 elections, instead became a minister in the Amarinder Singh government, but resigned after his ministry was downsized two years later.

He began re-targeting Amarinder Singh in recent months, becoming a difficult-to-ignore problem in the run-up to the Punjab polls, after a period of silence and disengagement from party activities.