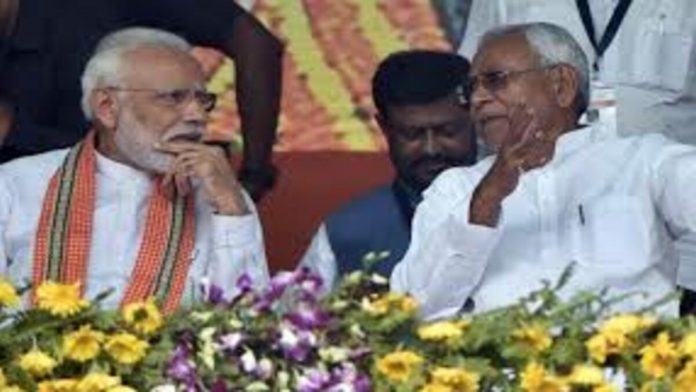 As rumours about break-up with BJP, Bihar Chief Minister Nitish Kumar is set to hold a meeting with Party MLAs on Tuesday. The Congress and RJD have already hinted that they are ready to form Grand Alliance if he breaks ties with BJP.

Amid his increased anger with the BJP over multiple issues, the Bihar Chief Minister is likely to take a call forward at a meeting today, which is set to begin at 11 am.

Among the multiple issues which have led Mr Kumar to upto this decision started back in 2019 general elections when his party was alloted only one seat in the Union Cabinet. Before the state elections, BJP’s support to Chirag Paswan had divided the votes.

The two sides have been on opposing mode over the issues ranging from BJP leaders humiliating CM Nitish Kumar for his efforts to remove the speaker, to government’s failure to crack down the Agnipath protesters.

According to sources, Mr Kumar feels that BJP leader Amit Shah has been continuously trying to remote control the Bihar government by appointing ministers close to him. Members of JD(U) even alleged that BJP had already told who will be the party’s sole member in Union Cabinet – RCP Singh, who CM Nitish thought was a close aide to Mr Shah.

Nitish Kumar has a few demands from the BJP like more union ministries, state elections simultaneously in 2024, not a year later and a free approach from the BJP about the state government. His party has rebuked Amit Shah’s remark that he would be the face of the alliance in 2024.

Since 2013, Mr Nitish Kumar was unhappy with BJP for announcing Narendra Modi as the Prime Ministerial candidate from the NDA. He had formed an alliance with Congress and RJD during that time but two years later in 2017, he left that alliance citing corruption charges against Tejashwi Yadav, who was his deputy at the time. Mr Kumar had again formed alliance with BJP since then.