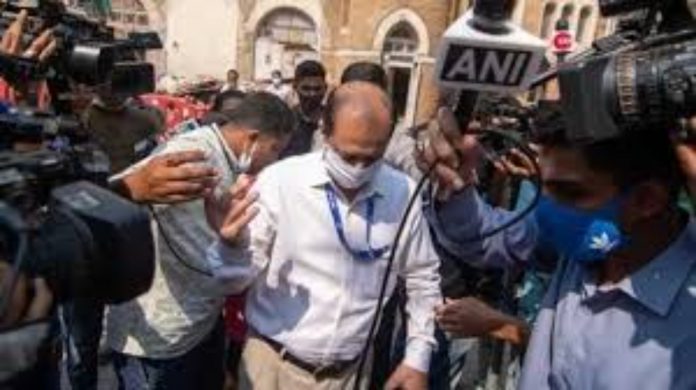 Quoting a Mumbai Police Official the news agency reported that the white Innova car which was seized by the National Intelligence Agency (NIA) on Saturday night belongs to the crime cell of the Mumbai Police. The car was seized in connection with the Ambani security scare case as it was seen shadowig the explosive-laden Scorpio which was pared near Antilia on the day of Ihe incident.

The last route covered by the white Innova car was like, it was at Mulud toll naka at around 1.20am, it then reached at Carmichael road at 2.18am and was last seen at 3.05am when it was returning to Thane from Mulud toll.

The news agency PTI reported that as told by the Mumbai Police, the white car is having a Tardeo RTO’s number ‘MH 01 ZA 403’ with ‘Police’ written on its rear windshield, was brought to the NIA’s office on Pedder Road with the help of a towing van.

An assistant police inspector Sachin Waze was also arrested by the Intelligence Agency on Saturday night for his alleged connection with the explosive-laden Scorpio. He was arrested by 12 hours of questioning.

Now he will be remanded in the police custody till March 25.

After a suspicious death of Mansukh Hiran in the creek of Police station on March 6, the case was then transferred to NIA. Hiran claimed that the suspected Scorpio was his belonging but was stolen a week before February 26.

Following the death of Hiran the Police then interrogated his wife who claimed that Hira had given the Scorpio to Sachin Waze which he returned back in February’s first week.

The state ruling party Shiv Sena heavily criticized the acts of handing over of the case to NIA and the arrest of Mumbai Police Official Sachin Waze. The party leader Sanjay Raut on Sunday said that the transfer of the case may discourage the Mumbai Police and can also lead the state to instability.