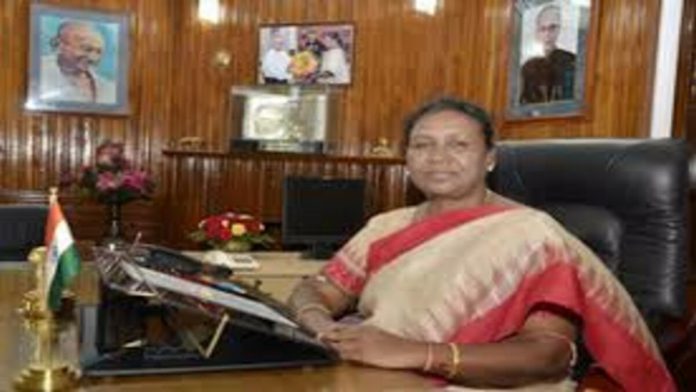 On Tuesday, the BJP announced that Draupadi Murmu, a former governor of Jharkhand, will be the candidate for president of the National Democratic Alliance. If elected, the 64-year-old politician from Odisha will be India’s second woman and first tribal president.

Hours after the opposition declared that former party veteran Yashwant Sinha will be its joint candidate for the July election, BJP president JP Nadda said on Tuesday, “After discussion with all the NDA allies we have decided to pick Draupadi Murmu as the presidential candidate.”

Nadda claimed that after debating over 20 candidates, it was agreed to select a candidate from the country’s east. He claimed that having a woman and a tribal candidate was also under discussion.

Murmu is a grassroots politician that has achieved a lot of firsts. She was the first tribal leader from Odisha who was also a woman to be appointed governor of a state. She was Jharkhand’s first governor to finish her tenure in office, holding the position from 2015 to 2021.

In 2017, she was also a candidate for the presidency, but Ramnath Kovind ultimately won. She ran for and won a council seat in Rairangpur, Odisha, which marked the beginning of her political career. Later, she won the Rairangpur assembly seat in 2000, and she was appointed a minister in the state’s BJD-BJP coalition. During her time serving the state as a minister and MLA, she gained a lot of respect.

Ahead of the assembly elections in Gujarat, Madhya Pradesh, Rajasthan, and Chhattisgarh, the BJP decided to designate Murmu as their presidential candidate. The BJP only secured 35 of the 128 seats allotted for Scheduled Tribes in the four states during the most recent assembly elections.

The party can expect to increase support from tribal voters by running Murmu for president. Additionally, according to those with knowledge of the situation, the party is now confident in receiving backing from the state’s BJD government. Navin Patnaik, the chief minister of Odisha and the BJD leader, has endorsed Murmu by praising her candidacy. Hemant Soren, the chief minister of Jharkhand and leader of the JMM, would also be in a bind as a result of Murmu’s candidacy. It would be challenging for Soren to reject a tribal woman, especially one who has served as the governor of his state, given his party is recognized for its tribal politics. It’s interesting to note that Yashwant Sinha, the UPA’s presidential nominee, is also from Jharkhand. According to the sources, the BJP can also count on backing from smaller parties like the Bharatiya Tribal Party, which has MLAs in Gujarat and Rajasthan.