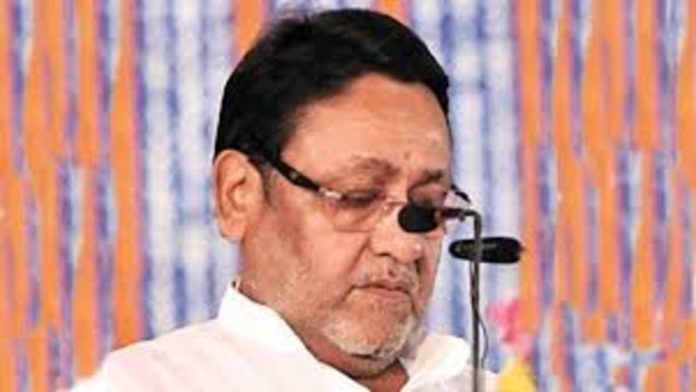 NCB Mumbai Director Sameer Wankhede said on Thursday that “every action has been taken within the scope of law,” a day after NCP leader Nawab Malik said the Narcotics Control Bureau (NCB) raid on the luxury cruise ship last week was “false.”

The seizure documents (panchnamas), according to Sameer Wankhede, were drafted in accordance with the law’s provisions.

“We have already held a press conference, yet let us tell you that we have given 9 names who did the panchnama as witnesses in the case. All action has been taken within the ambit of the law,” Wankhade said.

NCP leader Nawab Malik claimed on Wednesday that the NCB raid on a luxury cruise liner last week was “fake” and that some BJP officials were involved in the raid. He further claimed that the Narcotic Drugs and Psychotropic Substances (NDPS) Act’s drug seizure procedure was not followed, and that the drug enforcement agency “concocted” the raid and seizure to “frame” the accused.

In addition to the 9 people linked to the NCB raid, Sameer Wankhede claimed that the people named by Nawab Malik— Kiran Gosavi and Manish Bhanushali— had arrived to offer their panchnama in the matter.

Responding to claims that the NCB is solely arresting celebrities and those affiliated with them because of political pressure, Sameer Wankhede stated that they are all government employees who are performing their duties.

“We are all government servants and doing our duty. NCB is a professional organisation and whoever is found violating the NDPS rule, we are taking action against them and will continue to take action. In the last one year in Mumbai and Maharashtra, we have tried to create a drug-free environment and the statistics prove this,” Wankhade said, adding that in a year, NCB has arrested 320 people, raided 2 big drug factories and busted many big drug syndicates and gangs.

“You know the names of a lot of people, so the statistics are testimonials to what we do. In 1 year, more than 100 crore drugs have been caught. We will continue to do the same thing in the future,” Wankhede added.

When asked what evidence they had against Aryan Khan, the NCB director stated that the case is currently in court and that the organisation has presented all of the evidence.

“We have submitted all the evidence in court and will continue to do so. Talking about this case, so far we have arrested 16 people and caught many different types of drugs,” Wankhede added.