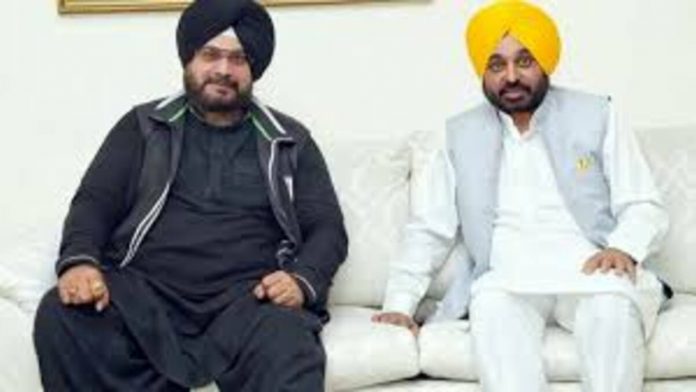 After meeting with Punjab Chief Minister Bhagwant Mann today, Congressman Navjot Sidhu said Bhagwant Mann is not arrogant and is open to other people’s perspectives. Mr Sidhu slammed the Congress and the Akalis after the 50-minute meeting, claiming that past chief ministers didn’t have time for their own MLAs and senior leaders.

Mr Mann would visit the cricketer-turned-politician, who is no longer an MLA, MP, or minister, earlier today, according to Punjab minister Laljit Singh Bhullar. Mr Sidhu had to resign from his position as state Congress chief after the election.

Mr Sidhu had said yesterday that he will meet with Mr Mann to talk about the state’s economic rebirth.

“I came to support Punjab’s development. What can I say about CM saab (Mann) except that he is devoid of ego and conceit. He looks exactly the same today as he did 10-15 years ago, and even six months ago “The news agency Press Trust of India quoted Mr Sidhu as saying. He had added, “He’s in as much suffering as I am.”

“You don’t notice the passage of 50 minutes when a person is receptive,” he remarked.

The state’s income from the liquor and sand mining sectors, cable monopoly, tender system anomalies, and the suspected relationship between police, politicians, and drug peddlers were among the topics covered during the meeting.

He said that he had raised these concerns during the previous Congress administration. “I told him one thing: it’s a matter of Punjab’s honour, and it shouldn’t be shattered,” he stated.

Mr Sidhu has been applauding and criticising Mr Mann in quick succession after the Congress’s humiliating defeat in the recently ended assembly elections.