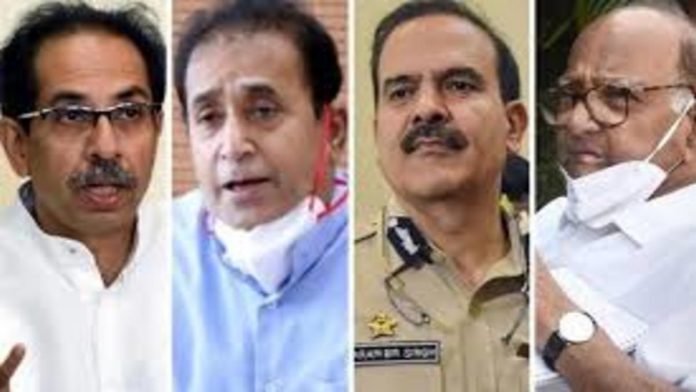 The Nationalist Congress Party (NCP) chief Sharad Pawar on Sunday said that the final decision on the fate of Maharashtra Home Minister Anil Deshmukh lies in the hands of Chief Minister Uddhav Thackeray. Anil Deshmukh has been charged with corruption allegations by the former Mumbai Police chief Param Bir Singh.

Pawar, although questioned the timing of the allegations on Home Minister by Param Bir Singh as he just got expelled from his position in connection with the Ambani security scare case. The senior minister also said that he will call for a an independent investigation in the case for the former top cop Julio Riberio. As following the seriousness of the allegations the ruling alliance of Shiv Sena and the NCP is frightened. The alliance has decided to conduct a meeting in Delhi today to take up a decision for Anil Deshmukh, told Sharad Pawar.

Mr Pawar also asserted that despite the efforts made for toppling the Shiv Sena-NCP alliance in Maharashtra, the result will be fruitless.

The opposition, BJP in the state asked for Deshmukh’s immediate resignation and for which it also held protests in Pune, Nagpur and Mumbai. “If ₹ 100 crore was the target by Home Minister (Maharashtra) then what was the target by other ministers,” a statement by Union minister Ravi Shankar Prasad said.

The alliance has been facing huge controversy since the replacement of the Mumbai Police Chief Param Bir Singh. In his accusations against Anil Deshmukh, Singh said that the Home Minister had asked many police officials including Sachin Waze to fetch Rs 100 crore every month.