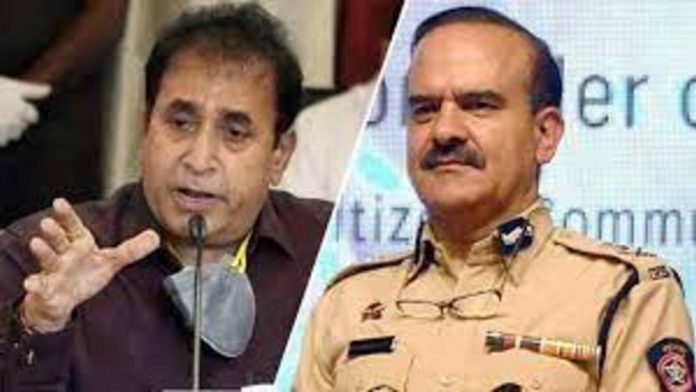 iThe complaint in the FIR registered by Marine Drive police against former top Mumbai cop Param Bir Singh tells of a man named Sanjay Punamiya who claimed to be able to predict the future.

Punamiya, a South Mumbai businessman, was arrested along with another person on Thursday in connection with the extortion case filed against Singh and five other police personnel.

While the case’s complainant, Shyam Sunder Agarwal, and Punamiya have had a falling out, the latter is said to be close to Singh. Punamiya and Agarwal met in March of this year to work out their differences and find an amicable solution to a complaint Punamiya filed against Agarwal at the Juhu police station. Agarwal tape recorded the 3.5-hour meeting, which is the basis of the FIR filed against Singh and others.

Punamiya said in the chat on March 23 that a senior Union Minister had assigned him the mission of “wicketing” a Maharashtra minister and that central agents would begin investigating here in Mumbai.

Agarwal’s lawyer submitted pen drives containing two voice recordings, each lasting around 3 hours and 2 hours between Punamiya and him. On Thursday evening, personnel at the Marine Drive police station received the pen drives.

In his statement to the police, Agarwal said, “The meetings took place on March 23, 2021 and on March 30. During the meeting, multiple calls were made by Parambir Singh, DCP Akbar Pathan and a few other officials on Sanjay Punamiya’s phone and on WhatsApp. That time, Sanjay Punamiya mentioned the Rs 100 crore extortion issue letter sent by Parambir Singh and also said that, very soon, CBI inquiry will be initiated in the matter.”

Marine Drive police have also received transcripts of the voice regarding. Sanjay Punamiya claimed responsibility for taking the wicket of a prominent Maharashtra minister, according to Agarwal’s statement. Punamiya is also said to have claimed that the Maharashtra government will fall shortly, and Parambir Singh will either be reinstated as Mumbai police commissioner or appointed to a key position by the central government.

“Sanjay Punamiya even took the name of a very senior leader and said he has given him responsibility on March 23. A few days later, things went exactly as Punamiya had predicted, so we were even more scared. We feared that if Param Bir Singh became the Mumbai police commissioner again, then with the help of other policemen, fake cases could be made against us and we could be sent behind bars for four to five years. Fearing this I did not lodge a police case then. Now that Parambir Singh is out of Mumbai, I have filed the case. I will submit the two voice recordings with the police,” Agarwal’s statement concludes.

According to the FIR’s complaint statement, Agarwal allegedly paid Rs 15.5 crore to Singh, with the other policemen receiving a portion of the money once the Juhu case was dropped.

“We have received two pen drives with voice recordings from the complainant and we will be analysing them,” said Vishwad Nangre Patil, Joint Commissioner of Police, Law and Order, Mumbai.