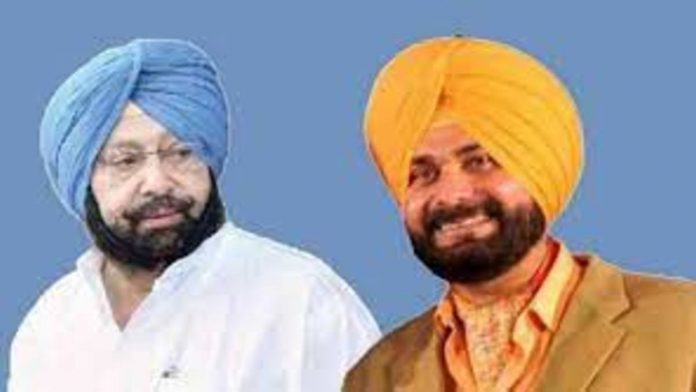 A couple of meetings after Central leaders’ peace formula has escalated tensions in Punjab as Chief Minister Amarinder Singh seems to be unhappy with the Central leaders’ decision to appoint Navjot Singh Sidhu as the Congress Chief.

Each side is coming with its supporting MLAs. Mr Sidhu held a meeting with six MLAs including three cabinet ministers from Mr Singh’s camp.

On the other hand, Captain Amarinder Singh also held meetings with party MLAs and MPs at his personal farmhouse in Mohali.

The dissenters now feel that they will be sacked from the party including with some MLAs.

Meanwhile, Mr Sidhu is yet to made party chief. He is likely to replace party chief Sunil Jakhar, said sources.

Other than Mr Sindhu, two other leaders — one from Dalit community and other a Hindu face are likely to be appointed as working presidents.

This peaceful formula had arrived after multiple meetings with Mr Sidhu, Mr Singh and Gandhis.

Last week, after meeting with party president Sonia Gandhi the chief minister Amarinder Singh had said that he would accept “whatever decision is taken by the Congress high command”.

The other part of the whole decision includes overhaul of Mr Singh’s Council of Ministers in which Mr Channi with five others are likely to be sacked.

This all comes after prolong feud between Mr Sidhu and Mr Singh since 2017 elections. Mr Sidhu was in hope to be made as Deputy Chief Minister which was scuttled by Mr Singh.