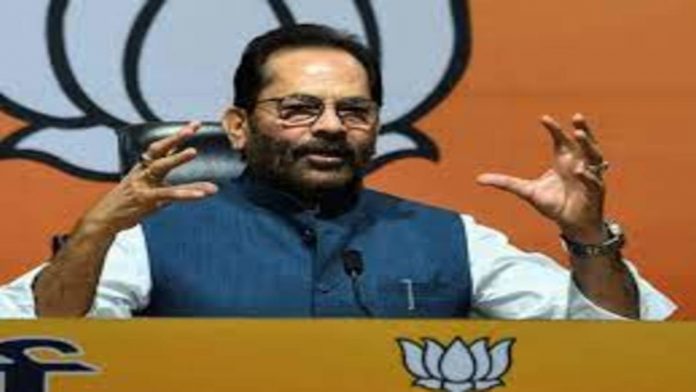 Union Minister Mukhtar Abbas Naqvi has been appointed as Deputy Leader of the House in Rajya Sabha by Prime Minister Narendra Modi on Monday.

According to Union Parliamentary Affairs Minister Pralhad Joshi, PM Modi had directed him to infom Mr Naqvi that he has been appointed Deputy Leader.

Mr Naqvi has succeeded Piyush Goyal, who has been named as Leader of the House in Rajya Sabha.

Mr Naqvi, who is known to have genial relations with leaders of parties across the political range, expects importance when the Opposition is planning to focus on the decision agreement over a large group of issues, including handling of second wave of COVID-19, inflation in fuel prices and farmers’ protest.