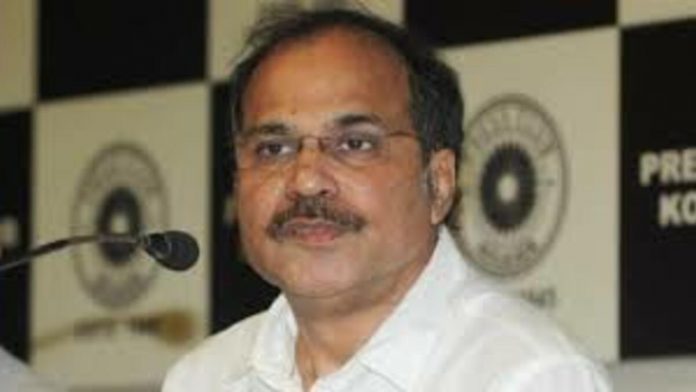 Congress MP Adhir Ranjan Chowdhury has sought an apology to new President Droupadi Murmu through a written letter for calling her “Rashtrapatni” while speaking to media earlier in the week.

“I am writing to express my regret for having mistakenly used an incorrect word to describe the position you hold. I assure you that it was a slip of the tongue. I apologise and request you to accept the same,” he wrote in his letter to the President.

Meanwhile, the BJP has sought an independent apology from Congress chief Sonia Gandhi as her party member made a derogatory comment against the President.

Mr Chowdhury had used “Rashtrapatni” term during an interview to media reporters while the party was protesting over the host of issues.

The BJP has even alleged that the term coming out of Mr Chowdhury’s mouth was not a slip of tongue as asserted by the Congress leader.

“It was not a slip of the tongue. If you watch the clip, Adhir Ranjan Chowdhury clearly (referred to President Murmu as) Rashtrapati twice, then he called her Rashtrapatni,” Law Minister Kiren Rijiju told news agency ANI. “Such matters should not be taken lightly,” he also said.

However, Mr Chowdhury has not claimed that it was just an incident of “slip of tongue” due to language barrier as he is Bengali and is not proficient in Hindi.

Earlier on Wednesday, when the controversy was just erupted Mr Chowdhury had denied to apologise to BJP but would meet President Murmu personally to directly apologise to her “a hundred times” in case is she was just by the remark.