Mohanlal To Star In 3rd Sequel Of Drishyam 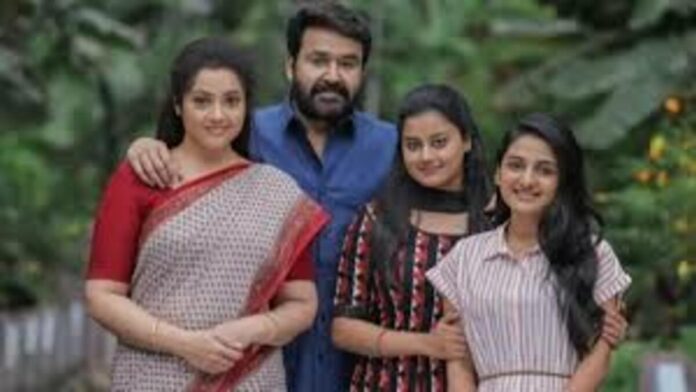 One of Mohanlal’s most well-known suspense-thriller series is Drishyam. While the first episode became one of Mollywood’s biggest hits, the second also attracted a lot of attention despite its OTT release. Producer Anthony Perumbavoor announced during a recent awards event that Drishyam 3 is really in the works, and his announcement sparked excitement among fans eager to see their favourite superstar reprise the role of Georgekutty.

Drishyam, starring Mohanlal and starring Meena as his wife, is scheduled to be rereleased three more times. Producer Anthony Perumbavoor declared the franchise’s return and stated that the third instalment is already in production during the Mazhavil Entertainment Awards. Tovino Thomas, a well-known actor in Mollywood, questioned the producer as he came on stage regarding the status of Drishyam 3. Drishyam 3 is undoubtedly planned, Anthony remarked. On it, we have already begun to work. The producer responded, “He possibly wanted to debate about it with director Jeetu Joseph,” when pressed further about how Mohanlal declined to remark on it when the same subject was put to him. The two of them have not yet spoken about it.

As they celebrated Georgekutty’s comeback, followers immediately began posting the video of Anthony’s confirmation on social media. In the first Drishyam film, which was released in 2013, Mohanlal played a straightforward middle-class man who, after his daughter becomes involved in the murder of a classmate who had sexually harassed her, decides to engage in a cat-and-mouse game with the police.

Following the film’s tremendous success, it was remade in Tamil starring Kamal Haasan and later in Hindi starring Ajay Devgn. The same plot is continued in Drishyam 2, which was exclusively available on OTT via Amazon Prime. The suspense thriller’s Hindi sequel, on the other hand, is currently in the post-production phase and is scheduled for release on November 18, 2022.