Modi’s Cabinet Expanded From 53 To 78. Check Who Is In And Who Is Out 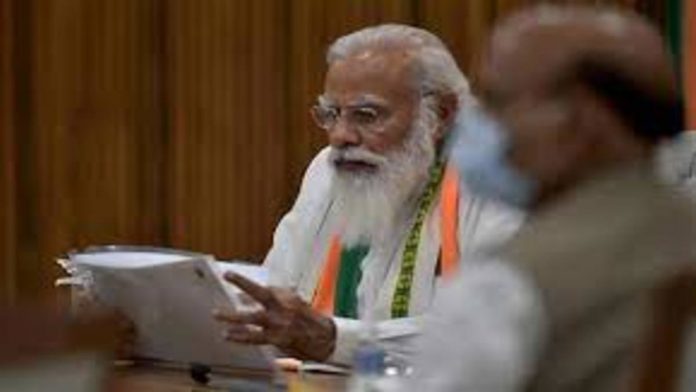 In the Union cabinet reshuffle that took place on Wednesday has given various of ministries including IT, health, education and railways to new ministers and junior ministers who were raised in Prime Minister Narendra Modi’s Council of Ministers. The total number of ministers now in the Union cabinet are 78, which were just 53 before yesterday’s reshuffle.

Amid the possibility of third wave of Covid-19, Mansukh Mandaviya has been given the charge of Health Ministry to lead the curbing efforts for Covid-19. In this his junior minister will be Dr Bharati Pawar. Additionally, he would also head the Ministry of Chemical Fertilizers.

A Rajya Sabha MP from Odisha, Ashwini Vaishnaw has been given charge of Railways and IT Ministry. In education he has completed his MBA from Wharton School, Pennysylvania University and MTech from IIT Kanpur. He has an experience in holding leadership roles as he has held such roles in major global companies like General Electric and Siemens.

Kiren Rijiju has been given the ministry of Law and Justice. He is a law graduate who has headed the Ayush Ministry, Youth Affairs and Sports and also the Ministry of State Minority Affairs.

Meanwhile, Nitish Kumar led Janata Dal United has also joined PM Modi’s cabinet as Ramchandra Prasad Singh of JD(U) has been given the portfolio of steel.

Junior Minister of Finance and corporate affairs, Anurag Singh Thakur has been given the Ministry of Information and Broadcasting. In addition, he will also handle the Youth Affairs and Sports.

Former Chief Minister of Assam Sarbananda Sonowal, who had headed the Ministry of Youth Affairs and Sports in the first NDA government, has been given the charge of Ports, Shipping and Waterways. He will also head the Ayush Ministry.

The Education Ministry has been given to Dharmendra Pradhan, which was being held by Ramesh Pokhriyal.

Union Home Minister Amit Shah has also been given a new charge of newly-created Ministry of Cooperation.

Once a BJP face in Media Meenakshi Lekhi, will head the Minister of State in External Affairs and Culture Ministry.

Purushottam Rupala has been given the charge of Dairies and Fisheries.

Ministry of Petroleum and Natural Gas, Housing and Urban Affairs has been given to Hardeep Singh Puri.

While, Pashupati Paras who opposes LJP’s Chirag Paswan has been given the charge of Food Processing portfolio.

Bhupendra Yadav have been given the charge of The Environment, Forest and Climate Change and the Labour and Employment ministries.

The Culture, tourism and Development of North Eastern Region portfolios have gone to G Kishan Reddy.

In the first time reshuffle of PM Modi’s Union cabinet forty-four ministers have taken oath on Wednesday, out of which fifteen were party of Union Cabinet. The new Cabinet formed after exit of 12 key ministers including Dr Harshvardhan, Ravi Shankar Prasad, Ramesh Pokhriyal, Prakash Javdekar.

The resignation of these key ministers showed that the focus of the central govenment is on performance.

“I congratulate all the colleagues who have taken oath today and wish them the very best for their ministerial tenure. We will continue working to fulfil aspirations of the people and build a strong and prosperous India,” Prime Minister Narendra Modi had tweeted after the oath taking ceremony on Wednesday.