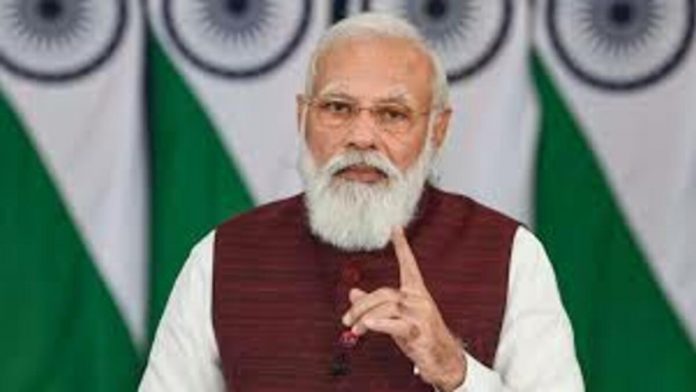 Union Law Minister Kiren Rijiju described the Centre’s plan to revisit the terms of the ‘obsolete’ sedition law in the Supreme Court as “bold,” revealing that the directive came from Prime Minister Narendra Modi.

While reviewing several provisions under Section 124A (Sedition) of the IPC, the government would take into account the views of all stakeholders, including members of civil society, in order to ensure the state’s sovereignty and integrity. Rijiju elaborated.

“Since the prime minister’s directives, and since we’re doing it (re-examining and re-considering sedition code provisions), we’ve advised the court (Supreme Court) through an affidavit that the court may not become involved,” he added.

Rijiju told reporters that when PM Modi issued the directive, he made it clear that civil rights, liberties, and human rights must be protected.

“The administration will evaluate and alter the provisions in light of current circumstances. On the sedition statute, Rijiju stated, “There are a lot of viewpoints coming forth.”

The government’s decision to reconsider the statute was a shift from its previous stance of refusing to consider any objections to the sedition law. The Centre defended the colonial-era statute on Saturday, urging the Supreme Court to dismiss any challenge to it.

India’s sedition law has been in the headlines a lot recently, especially since 2016. The conviction rate in these cases was low, with 33.3 percent in 2020, 3.3 percent in 2019, 15.4 percent in 2018, 16.7 percent in 2017, and 33.3 percent in 2016, as many activists and journalists criticised the regulation for restricting their fundamental rights to freedom of speech and expression. Activists Umar Khalid, Sharjeel Imam, Devangana Kalita, Natasha Narwal, Asif Iqbal Tanha, Gulfisha Khatoon, Ishrat Jahan, Safoora Zargar, and Meeran Haider have been charged with sedition. Many of the above-mentioned individuals were charged with sedition for their involvement in the anti-CAA and NRC protests that rocked the country in 2019-2020.