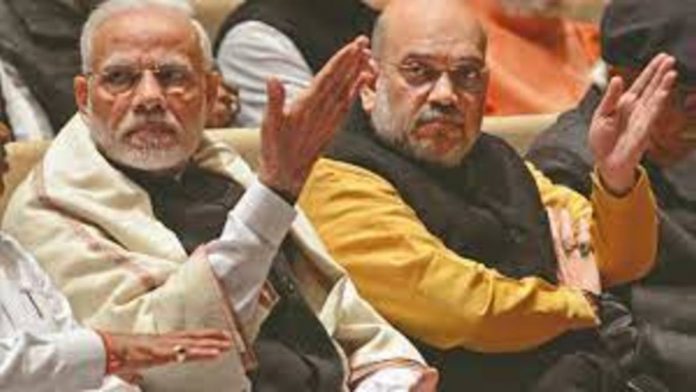 Ganesh Ghogra, a Congress MLA and the President of the Rajasthan Youth Congress, declared that Prime Minister Narendra Modi and Home Minister Amit Shah should be beaten with shoes for illegally spying on people by hacking their phones in a scathing attack on the government over the Pegasus snooping scandal.

Rajasthan Governor Kalraj Mishra was also accused by Ghogra of being a BJP’dalal,’ or pimp.

Ganesh Ghogra, a Congress MLA from Dungarpur, spoke during a protest demonstration in Jaipur convened by the party to demand a judicial investigation into the Pegasus eavesdropping issue, and said, “Our Governor sitting over here is a pimp of the BJP but our leaders of Congress stand with the common people. Today, price rise has been skyrocketing, price of petrol, price of gas, price of diesel … price rise has broken the back of common person and today they are going to turn our country into one which is not independent.”

Ghogra slammed PM Narendra Modi over the suspected Pegasus snoopgate, saying, “Our thoughts, what is our intention, our personal talks are being tapped. Who can indulge in such an evil act? This can be done by Modi ji and this Ranga-Billa, Amit Shah and Narendra Modi can do this. They should be made to run, beaten by shoes.”

Several senior cabinet ministers from the Rajasthan government were present on stage during Ghogra’s statements, including Pratap Singh Khachariyawas, BD Kalla, and Mamta Bhupesh. None of them, however, sought to stop Ghogra from giving his speech or rebuked him.

The BJP unit in Rajasthan has condemned Ghogra’s comments and requested that he be expelled from the Congress.

On Thursday, Congress leaders planned to march to Raj Bhavan in Jaipur to demand a judicial investigation into the Pegasus surveillance scandal.

Pilot questioned why the Centre has not yet ordered an investigation into the situation, despite the fact that France has already done so.