MK Stalin sworn in as the Tamil Nadu CM 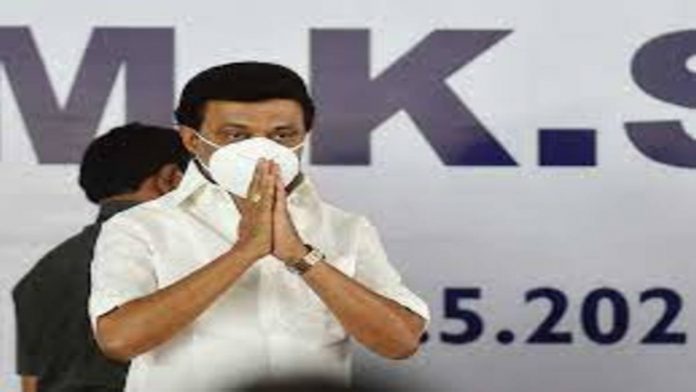 Amid the severe restriction in place due to the pandemic in Tamil Nadu DMK chief MK Stalin on Friday has sworn in as the state Chief Minister. He along with other 33 members of his cabinet were sworn in by the state Governor Banwarilal Purohit at Raj Bhavan in Chennai.

During the oath ceremony his wife Durga Stalin, son Udhayanidhi and sister, Lok Sabha MP Kanimozhi were among others who were present. His son has made his political debut this year only and even won from Chennai’s Chepauk-Thiruvallikeni seat.

Apart from CM’s position Mr Stalin has also sworn in as the Home Minister and will also hold portfolios of administration, police force and wellfare of differently abled.

MK Stalin will hold this position for the first time at the age of 69 and will be the first oldest CM in Tamil Nadu to hold office. However, his father M Karunanidhi held the position for five times.

The oath ceremony comes amid the second wave hitting the state. 25,000 cases were recorded in last 24 hours in Tamil Nadu. There was a massive campaigning in the state before the elections in the state with no political leader following any Covid-19 protocols.

Curbing the high spikes is the biggest challenge for him as being the Chief Minister. Expressing confidence in her brother Ms Kanimozhi said that he has a “clear plan for containment (of the COVID-19 virus) and that will be his first priority.

The cabinet ministers who too took oath with the CM included Thangam Thennarasu who will hold the Industries portfolio, S Regupathy the Law Ministry, Public Works by EV Velu, S Muthusamy will head the Housing and Development Minister and K Ponmudi will be the Higher Education Minister.