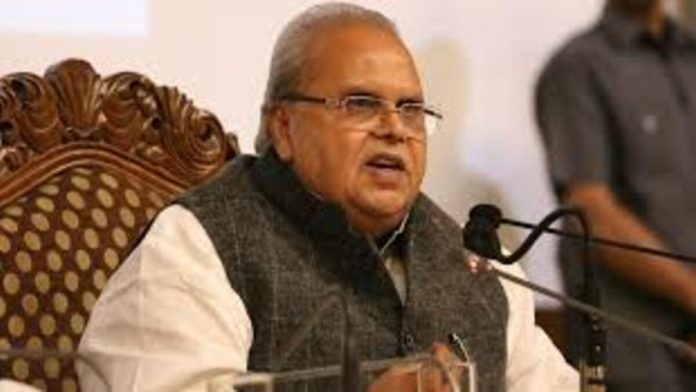 Satya Pal Malik, the governor of Meghalaya, claimed on Sunday that the “Agnipath” scheme is a “fraud” that is intended to deceive prospective soldiers. He also claimed that those who leave the military after four years of service without receiving a pension are unlikely to receive a marriage proposal.

Mr. Malik, who has also held the office of governor of Jammu and Kashmir, pleaded with the government to “reconsider” the new program, which calls for the four-year recruitment of teenagers as soldiers.

“Future jawans will undergo six months of training before receiving six months off. When they return to their homes after three years of employment, they hardly ever receive a marriage proposal “In Baghpat, Mr. Malik spoke with reporters. The Agnipath plan is a swindle of aspiring soldiers and a betrayal of their ambitions. The governor of Meghalaya, a native of Baghpat, visited Khekra village to express his condolences to the family of his friend Gaje Singh Dhama, who passed away lately.

The governor claimed that he had previously brought up the subject of farmers during their demonstrations against the three farm laws that have now been overturned, and that he would now talk about the young and their issues.

Mr. Malik responded, “Had I fallen into the ‘chakkar’ (trap) of counselors like you, I would not have been able to reach this level),” when asked by journalists if he should have resigned as governor before bringing up these political issues. If the person who appointed me (as a Governor) requests it, I will resign from my position immediately. In response to a question about his post-retirement plans, he stated that he has no desire to return to active politics or run for office. “Wherever necessary, I will fight for farmers and soldiers.” After leaving office, the former governor of Jammu and Kashmir claimed he will publish a book about the border state of Kashmir.

When asked if his criticism of the government would get more intense once he retired, Mr. Malik responded, “The government is not at issue. If the concerns I express are taken into consideration, the government will benefit.”