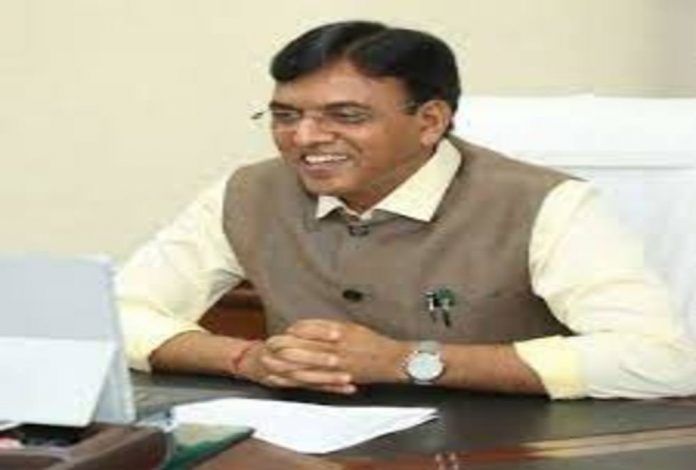 India’s new Health Minister, Mansukh Mandaviya, takes over the country’s Covid fight at a critical time when the government is developing a strategy to prevent a third wave of infections by increasing vaccinations.

Mansukh Mandaviya, as Minister of State for Chemicals and Fertilizers, has visited the facilities of three vaccine manufacturers in the country in the last six days: Serum Institute of India in Pune, Zydus in Ahmedabad, and a Covaxin-producing plant in the same city.

The 49-year-old Gujarat legislator, who is known for riding his bicycle to parliament, is one of seven ministers appointed to the Cabinet on Wednesday. He holds the Ministry of Chemicals and Fertilizers.

Mr Mandaviya earned a bachelor’s degree in veterinary science and a master’s degree in political science from Gujarat Agricultural University.

He began his political career as a member of the Akhil Bharatiya Vidyarthi Parishad (ABVP) before joining the BJP. In 2002, Mr Mandaviya, being 28 years old, became the youngest MLA in the state.

He was elected to the Rajya Sabha from Gujarat in 2012.

In 2016, he became the first member of Prime Minister Narendra Modi’s cabinet. He served as Minister of State for Highways, Shipping, and Chemicals and Fertilizers.

“Narendra Modi-ji and Amit Shah-ji have shown trust in me once again and invited me to be a part of this government. I am grateful to both of them,” he said today.

Mr Mandaviya’s predecessor, Harsh Vardhan, was asked to retire, along with his deputy Ashwani Chaube, who were the face of the government’s attempts to combat COVID-19.

In the terrible second surge of Covid in April-May, when cities ran out of oxygen and hospitals were overloaded, Harsh Vardhan took the brunt of the government’s huge struggle to keep rising cases under control. India’s handling of the Covid case drew criticism and was perceived as tarnishing the government’s image.