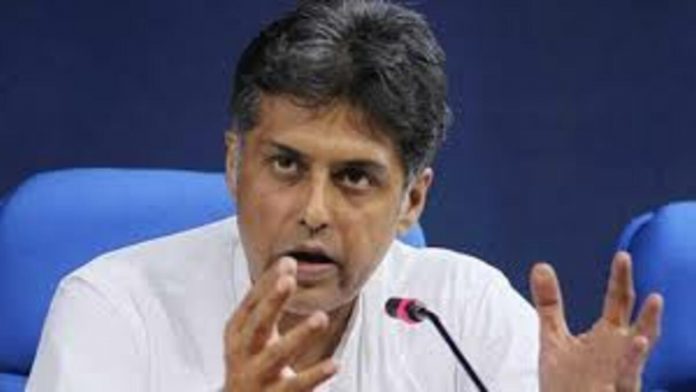 The Congress was severely embarrassed today as a result of its letter of protest on the contentious Agnipath military recruitment program. Manish Tewari, a senior leader and G-23 member who had previously caused the party much distress with his public criticism, declined to sign the protest letter addressed to Rajnath Singh, the defense minister, who was explaining the plan to a parliamentary committee.

According to individuals close to Mr. Tewari, “politicizing the issue needlessly would be stupid.”

Mr. Tewari already expressed his verbal opposition to the Agnipath program, whose wording had caused widespread uproar. In the context of widespread unemployment and an economic downturn, young people are outraged by the required retirement for the majority after four years without any pension or gratuity.

Six opposition MPs, including Shaktisinh Gohil of the Congress, Sudip Bandyopadhyay and Sougata Roy of the Trinamool Congress, Supriya Sule of the Nationalist Congress Party, and AD Singh of the Rashtriya Janata Dal, signed the letter, which contained a list of requests.

The MPs recommended a meeting and a report from the standing committee on defense in addition to demanding the cancellation of the “Agnipath” scheme. The majority of opposition parties, including the Congress, referred to “Agnipath” as the government’s most recent error in light of demonetisation and farm regulations.

Twenty people, including 13 members of the Lok Sabha and about seven of the Rajya Sabha, make up the committee on defense that Mr. Singh chairs.

Rajnath Singh said during the gathering, “The Agnipath plan was not implemented overnight. It has been a drawn-out, deliberate procedure “.

The operational readiness of the army won’t be compromised, according to Army Chief General Manoj Pande. The new recruitment plan was not created to lower pensions; the defense secretary stressed, “There is no linkage.”

Violent demonstrations broke out after the Agnipath initiative was unveiled last month in various northern states, including Bihar. Many opposition parties supported the demonstration, which lasted for a week.

According to the armed forces, this long-awaited reform is in line with a global movement that emphasizes the employment of cutting-edge technology and a younger age profile for soldiers who adapt to it more quickly.

The Indian Air Force announced earlier this week that it has received around 7.5 lakh applications for the program.

Mr. Tewari, one of the 23 leaders whose fiery letter to Sonia Gandhi made news, criticized the UPA government’s response to the 26/11 terror strikes in his new book last year.