Manasa is a fianacial information exchange analyst. She is just 23 who loves to explore the world of finance. 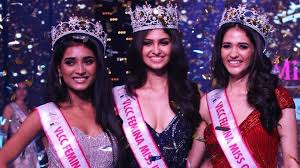 Manasa is a fianacial information exchange analyst. She is just 23 who loves to explore the world of finance.

Apart from finance she has other interests in music, books and yoga. In her childhood she was a shy child, so she used to express herself through music and Bharatanatyam. These art forms have taught her the most important lessons of courage and curiosity.

For Manasa her grandmother, mother and younger sister are the most influential people in her life and apart from these three she admires Priyanka Chopra a lot as she was also the winner of the Miss World 2000 pageant.

She told Priyanka Chopra her inspiration in an interview by saying, “Out of all the beauty queens, Priyanka Chopra really stands out to me because she’s an explorer – she has always chosen to push her boundaries and made her mark in various spaces – music, movies, entrepreneurship, social work and the list goes on. Also, as a shy kid who tried to make herself heard, I always looked up to Priyanka for the outspoken badass that she was. It’s her versatility and strength that I draw inspiration from.”

With Manasa, Mania Sheokand from Haryana was declared Miss Grand India 2020 and Manya Singh from Uttar Pradesh was crowned for Miss India 2020 runner-up.