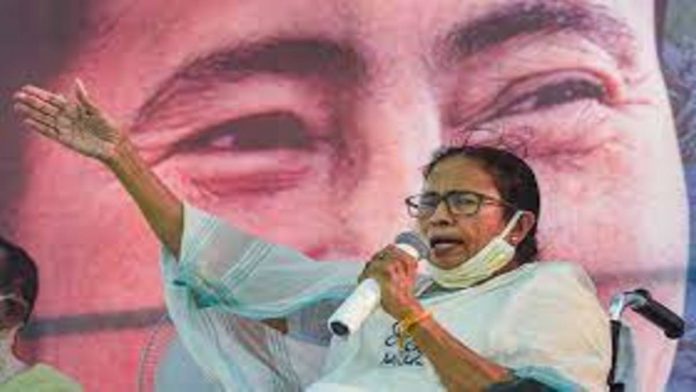 West Bengal Chief Minister Mamata Banerjee on Wednesday wrote personal letters to several opposition and non-BJP leaders. In her letters she alleged BJP of assaulting the democracy and constitutional federalism of India.

In her letter she also highlighted how the non-BJP states have suffered by the BJP led Centre’s actions. Her letters which were released by her party TMC ahead of the second phase of elections are seeking support from these opposition leaders.

“I am writing this letter to you, and to several leaders of non-BJP parties, to convey my serious concerns over a series of assaults by the BJP and its government at the Centre on democracy and constitutional federalism in India,” she wrote.

“I strongly believe that the time has come for a united and effective struggle against BJP’s attacks on democracy and the constitution… As the chairperson of TMC, I shall work wholeheartedly with you and all other like-minded parties in this battle,” she further wrote.

“The BJP wants to make it impossible for non-BJP parties to exercise their constitutional rights and freedoms. It wants to dilute the powers of the state governments and downgrade them to mere municipalities. In short, it wants to establish a one-party authoritarian rule in India,” wrote the Bengal Chief Minister in her letter.

Expressing her views on the recent passed National Capital Territory of Delhi (Amendment) Bill by both the houses of Parliament she said, it is an “extremely grave” move.

“With this law, the BJP government at the Centre has snatched away practically all the powers of the democratically elected government of Delhi and vested them in the hands of the Lt Governor, a nominee of the Centre. The Lt Governor has been made the undeclared Viceroy of Delhi, acting as a proxy for the home minister and the prime minister,” Banerjee wrote.