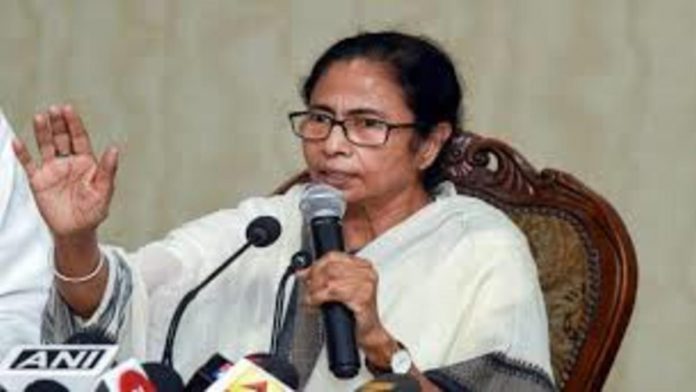 Criticising the Prime Minister Narendra Modi for his Mann ki Baat the West Bengal Chief Minister Mamata Banerjee on Sunday said that people are no more interested in his “Mann ki” Baat but instead in “Covid ki Baat” (talks on Covid).

“The country is suffering from the worst effects of the Covid pandemic and he is doing Mann ki Baat. Who is interested in your Mann ki Baat? You should do Covid ki Baat. You have caused the disaster while aiming to conquer Bengal. You should talk about vaccines, arrange vaccines, and send medicines,” said Ms Banerjee addressing a virtual rally in Murshidabad district’s Berhampore city.

After holding BJP responsible for the Covid spurt in the country the TMC supremo has blamed EC for the rising Covid-19 cases in the state as she said that the polling body did not test the security personnel before deploying them for the security purpsoses during the state assembly elections.

“We demanded three or four-phase elections but the Election Commission decided to poll in eight phases. They are responsible for Covid. Security forces are not at fault. Two lakh CAPF personnel came from states like UP, Delhi and Rajasthan and many of them might have been carriers of the virus without their knowledge… Around one lakh BJP cadres from other states… came to Bengal for campaigning… They must have contributed to the spike in Covid-19 cases in Bengal,” said the CM Banerjee.

Stressing on the importance of defeating BJP in the election Ms Banerjee said, “The Bengal election is very important now. The result of the election will decide the future of India. We have to defeat the BJP and we will stop attempts to transform Bengal into Gujarat and Uttar Pradesh.”